Adam Millsap
|
Posted: Jan 30, 2019 12:01 AM
Share   Tweet
The opinions expressed by columnists are their own and do not necessarily represent the views of Townhall.com. 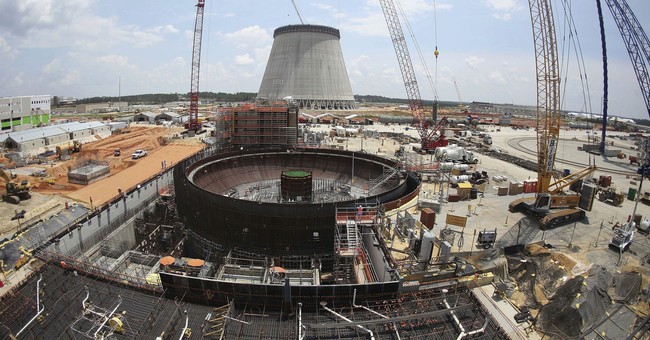 The United States has traditionally been viewed as the bastion of free-market capitalism but that image is fading. Decades of regulatory capture and government giveaways to firms have caused many people to question the current relationship between government and the economy. If the way government interacts with business doesn’t change, it’s hard to imagine America remaining a shining example of free enterprise.

One of the latest examples of government getting too cozy with industry is in the energy sector. Natural gas has become the dominant energy source in America as hydraulic fracturing has expanded supply and lowered prices. While this is great for consumers, firms with significant investments in costlier coal and nuclear power are having a hard time competing.

As a result, many firms are scheduling shutdowns of their older, less efficient—and in the case of coal, dirtier—power plants, but they’re not going down quietly.

For example, FirstEnergy had hoped natural gas prices would increase making its coal and nuclear plants competitive once more. But when that didn’t happen, it began asking state lawmakers in Ohio for subsidies that would make its nuclear plants viable again. Reports also show that FirstEnergy’s Political Action Committee donated money to several Ohio politicians who supported their request for subsidies.

Fortunately, Ohio’s legislature has yet to authorize any subsidies but that may be changing. Without the subsidies, FirstEnergy’s nuclear plant subsidiaries were forced to file Chapter 11 bankruptcy in an attempt to shed debt and get back in the black. But recently they secured an agreement with creditors to emerge from bankruptcy as an ongoing entity. While it’s not clear if the company has made inroads with legislators in regard to securing government help, this sudden turnaround coupled with the company’s continued plea for legislative support is concerning for those who dislike government bailouts.

Government intervention into the energy sector is not new and is a bipartisan affair. The solar company Solyndra famously lost over $500 million taxpayer dollars when it declared bankruptcy after receiving a guaranteed loan from President Obama’s Department of Energy. The players change, but the game stays the same.

But there are signs that all these handouts are doing real damage to capitalism’s image. The rise of Bernie Sanders and more recently Representative Alexandria Ocasio-Cortez (D-NY), a self-identified Democratic Socialist, has reinvigorated the debate about the role government should play in the economy.

Sanders and Ocasio-Cortez aren’t arguing for real socialism—when government owns the means of production. Instead, they want higher taxes, more government spending, and more government regulation in order to prevent the kind of behavior we are seeing in the energy industry. But while they're correct that there’s a problem, their proposed solutions won’t fix it. More economic freedom is the solution, not more government.

Most people who lean Republican still have a favorable view of capitalism—71% in 2018—but that doesn’t stop Republicans from supporting government subsidies when it suits them. A recent poll found that 61% of Republicans support the idea of providing government assistance to both nuclear and coal plants compared to only 33% and 21% of Democrats, respectively.

Too often free-market capitalism is undermined by people who support it in theory but reject it in practice. The current debate about the merits of coal and nuclear subsidies is an illustration of this larger problem.

America needs less crony capitalism—where the political and business elite tilt the rules in their favor—and more economic freedom, which enables people to prosper based on the value they create instead of the public officials they know. If Democrats and especially Republicans—the party most associated with free enterprise—don’t quit using the government to further their business interests, socialism’s new popularity could be permanent.