Saving the Media Would Destroy the Media

Adam Guillette
|
Posted: Apr 20, 2020 12:01 AM
Share   Tweet
The opinions expressed by columnists are their own and do not necessarily represent the views of Townhall.com. 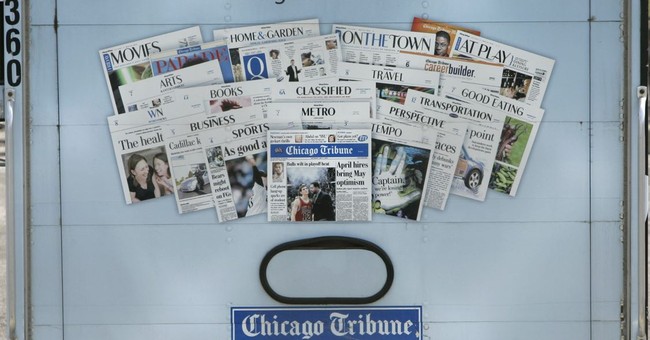 There’s a new virus spreading through the halls of Congress -- bailouts. First it was small businesses, then big businesses, then even federal agencies. The latest to put their hand out in a desperate attempt to grab taxpayer money is the media.

Last week, a coalition of groups led by the News Media Alliance and the National Association of Broadcasters wrote to Nancy Pelosi and Mitch McConnell asking for cash. Your cash. My cash. These industry groups are so upset that we’re not sufficiently supporting their businesses that they’d like to use the power of government to take our cash by force.

Let’s make something clear: saving the media would destroy the media.

How could we ever trust the media to accurately cover elected officials who voted against their funding? How can you “speak truth to power” when you’re also pleading with that power for cash? Are we really to believe that promises of public funding for the media wouldn’t earn endorsements from editorial pages each election season?

And can you imagine the debate over which news outlets will get funding and which will be denied? Does anyone desire to live in a society where the only successful news outlets are the ones that are the best at currying favor with politicians?

The real tragedy is that good journalism is essential for a free society. Unfortunately, our current media options offer a terrible product -- and the public knows it.  A recent Gallup survey showed that 84% of Americans believe the news media have a critical or very important role to play in a democracy. But while the demand is there; the supply is lacking. Gallup found only 41% of Americans actually trust the media and just 33% of Americans viewed journalists as honest and ethical.

Can you imagine how much those numbers would plummet if they took our money by force?

If the media's financial position is as precarious as they claim, we should celebrate. This is a “feature” of free markets, not a “bug.” Once the unpopular news outlets crumble, space in the marketplace will be freed up for new options.

Claims that media outlets are “essential” and cannot be “allowed to fail” should be ignored. I think we would all agree that food is even more essential than journalism and we allow restaurants to fail all the time.

Unpopular restaurants often close and are replaced by popular restaurants. If the government propped up the unpopular restaurant they would simply be denying consumers the opportunity of purchasing a product they prefer. The numbers are quite clear here, Americans do not want the product being sold to us by the mainstream media.

For what it’s worth, some newspaper owners were already eligible for aid from existing programs in the Cares Act. Wasn’t that sufficient?

Gannett, regardless of what we think of their coverage, deserves accolades for opposing this bailout. As reported in the Washington Post, spokeswoman Stephanie Tackach acknowledged, “Maintaining our independence is critically important.”

I’d politely request that they maintain their independence from my wallet.

Adam Guillette is the President of Accuracy in Media, www.aim.org.