Iran is Not a Partner in Fighting Sunni Jihadist Groups 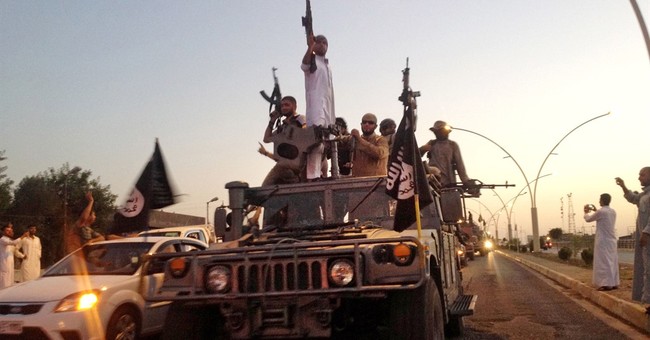 President Obama told National Public Radio in a December 2014 interview that after an agreement was signed over its nuclear program, Iran could “be a very successful regional power that was also abiding by international norms and international rules, and that would be good for everybody.” Two months prior to this statement, the president wrote a secret letter to Iran’s Supreme Leader Ayatollah Ali Khamenei describing how both Tehran and Washington have shared interests in combating Islamic State/ISIS and suggested working in tandem towards such goals after reaching a nuclear deal.

These quotes taken together suggest that the Obama Administration views Iran as a potential partner in fighting Islamic extremism in the Middle East, particularly Sunni jihadist groups like ISIS, al-Qaeda, and the Taliban. This argument says that Iran is a Shiite country and would never work with Sunni extremists. Furthermore, despite being the world’s largest sponsor of terrorism and an egregious human rights violator, Tehran is less violent because it is a nation-state. As a result, the Islamic Republic can be a stabilizing force in the region, fighting terrorism and insurgencies while, in President Obama’s words, “You could see an equilibrium developing between Sunni…Gulf states and Iran.”

Putting aside Tehran’s support of Shia groups like Hezbollah and the Houthis in Yemen, the facts on the ground do not support these claims. Iran is not a partner against Sunni jihadist groups, and both sides often actually work together because of shared interests to destabilize the Middle East and expel American influence.

There is no doubt that Iran views the atrocities ISIS commits against Shiites as despicable and is actively fighting the jihadist group in Iraq and Syria. However, as Iran took advantage of al-Qaeda in Iraq during the U.S. occupation to undermine Washington’s goals and spread its influence, the Islamic Republic is doing so today with ISIS. According to Middle East analyst Michael Pregent and The Soufan Group, a strategic security firm, Iran needs ISIS to exist to further engrain itself in Iraq and portray itself as the vanguard against terrorism. Therefore, the problem of Iran leading the fight against ISIS is worse than Tehran expanding its political control; the Islamic Republic will ensure ISIS is not completely defeated until it sees fit. This will mean further Shia militia involvement, which will lead to more sectarianism and chaos.

While Iran technically fights ISIS, the Islamic Republic actively supports al-Qaeda. Documents discovered in the 2011 Osama bin Laden raid reveal that al-Qaeda has a network in Iran with the permission of the latter’s ruling ayatollahs. The terrorist group has used Iranian soil to shuttle fighters and money, and one of bin Laden’s senior lieutenants, Yunis al-Mauritani, actually discussed relocating to Iran. An October 2012 U.S. Treasury Department document details how Tehran and al-Qaeda entered a formal agreement: al-Qaeda could use Iran as a safe haven if it did not conduct operations or recruit in the country and reported its activities to the regime. Moreover, al-Qaeda has worked closely with Hezbollah, Iran’s Lebanon-based terror proxy, since the early 1990s to carryout attacks, including on September 11, 2001.

Tehran also has a rich history of working with al-Qaeda’s close ally, the Taliban. Since American troops entered Afghanistan in 2001, Iran has given consistent financial support to the Taliban, which has only increased in recent months as ISIS has moved into Afghanistan. Iranian military support, however, began before the invasion, and the lethal assistance continues today to be used against coalition forces. WikiLeaks documents from 2005-06 show that Iran also offered bounties for the murder of members of the Afghan government and NATO soldiers while the Revolutionary Guard Corps assisted Gulbuddin Hekmatyar, a leader of a prominent jihadist group in Afghanistan, to carryout terror attacks. Some people point to Iran’s hostilities with the Taliban and it providing intelligence to the U.S. in 1998 as evidence that Tehran can be a partner in Afghanistan. Reality on the ground, however, would suggest otherwise.

None of this includes Iran’s support to Hamas, Palestinian Islamic Jihad, and other Sunni terror groups with money and arms, all of which creates a nefarious network that is startling in scale.

One takeaway from Iran’s support to Sunni jihadist groups is that the notion of Tehran playing a constructive role in the region is a fantasy, at least with the current regime in power. Rather than being a stabilizing force against the likes of ISIS, Iran’s actions further destabilize the Middle East by fomenting sectarian violence and encouraging terrorism and insurgencies through its proxies and surrogates to undermine the state system. In short, Iran wages violent jihad to push America out of the region, all in an attempt to project power globally and spread its influence regionally at the expense of U.S. interests and security. As a result, Iran actually shares many interests with ISIS.