Turkey Has Imprisoned an American Pastor for One Year 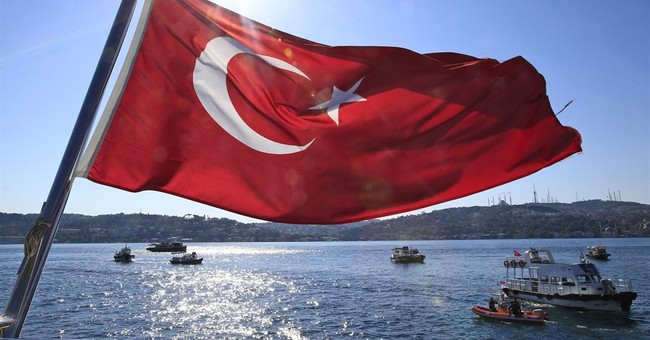 October 7, 2016. It’s been almost one year since Dr. Andrew Brunson was unjustly imprisoned without charges in Turkey. Imagine spending a year in a Turkish prison as a hostage.

Unfortunately, most Americans have no idea what is really happening in Turkey.

Turkey has long been an ally of the United States, but has chosen to complicate and weaken its relationship with the United States and other free nations of the world through its increasingly oppressive policies.

On August 25, 2017, the Turkish government issued two new emergency decrees. Article 74 of decree 694 states that “with the exclusion of Turkish citizens, those who are prisoners or convicts, upon assurance that they will not be punished because of their race, ethnic origin, religion or citizenship, that they will not be subjected to demeaning punishment or treatment, or be subjected to torture or mistreatment, can be returned to another country or exchanged for prisoners or convicts in another country when national security or the country’s interests so require and upon request of the Foreign Minister, with the recommendation of the Justice Minister and the approval of the President” (emphasis added).

Despite this clear authority to simply release Dr. Brunson, who has been a pastor in Turkey for two decades, President Erdogan has recently admitted that Turkey is holding an American citizen as a hostage in hopes that the United States will turn over a Muslim cleric living in Pennsylvania.

President Erdogan’s suggestion that the United States should make a hostage-style prisoner swap for an innocent American imprisoned in Turkey is appalling and will not be taken seriously.  The United States will not stand idly by as these oppressive tactics target American citizens.

Turkey’s historic commitment to religious freedom and the rule of law has rapidly diminished in recent years. In the U.S. Commission on International Religious Freedom 2017 Annual Report, Turkey was listed as a Tier 2 country of concern, meaning “nations in which the violations engaged in or tolerated by the government are serious and characterized by at least one of the elements of the ‘systematic, ongoing, and egregious’ CPC standard.”

In recent years, there have been multiple well-known cases of American citizens detained in foreign countries. In some cases, the foreign government used local laws which are inconsistent with international human rights norms to justify violations of religious freedom. In other cases, they have imposed arbitrary charges (like in Dr. Brunson’s case) such as a claim of threat to national security, to justify the detention and harassment of individuals on the basis of their religion.

Our nation’s relationship with Turkey is clearly moving in the wrong direction. It’s unacceptable for a NATO ally to unjustly imprison an innocent American. If this is how Turkey treats an American like Andrew Brunson, other Americans should hesitate before taking their business to Turkey. It is not worth the risk.

Congress has provided the Executive Branch with sanction authority for use against government officials responsible for routine and egregious violations of human rights, especially religious freedom. It is time for the United States government to use these authorities to secure the release of Americans unjustly detained around the world, including Dr. Andrew Brunson.