HUD Is Bringing Families Home for the Holidays 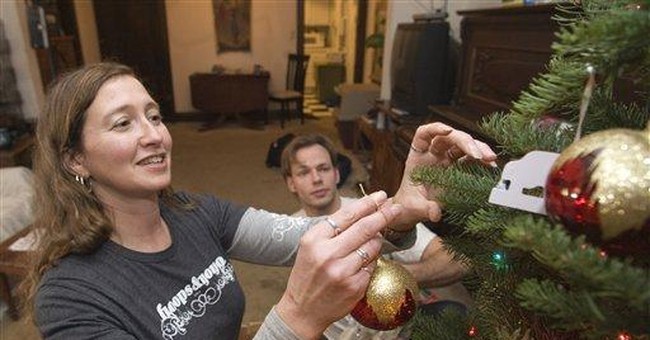 For the first time, Ashley will spend the holiday season with her children in a home of her own.

Previously, Ashley was a renter that struggled financially and never thought she could ever afford to purchase her own home. Ashley was driven, though, and sought support through the U.S. Department of Housing and Urban Development’s Family Self Sufficiency (FSS) Program. The wraparound services that are part of HUD’s FSS program – including career counseling, educational help, personal finance classes, and more – have been key to the impact upon participants’ abilities to find a path toward self-sufficiency and to achieve substantial economic growth.

Over time, Ashley worked to improve her credit score, secured a higher-paying job, and ultimately was able to purchase a home with an FHA loan.

At HUD, we’re celebrating success stories like Ashley’s through our Home for the Holidays series this month.

During my time at HUD, we’ve measured our success not by how many people we can get onto government assistance, but by how many we can lift onto a path of self-sufficiency. Empowering individuals to take charge of their own financial well-being not only ensures long-term success, but also brings about the awe-inspiring stories of strength and diligence that our Home for the Holidays stories celebrate.

The good news is that there are stories likes Ashley’s happening all across the country. Through HUD’s new Foster Youth to Independence Initiative (FYI), HUD provides housing choice vouchers to youth aging out of the foster care system.

Since the launch of FYI in 2017, more than 1,000 former foster youth are beginning adulthood on solid ground with a place to call home.

Suzan, a former foster youth who didn’t have a home of her own so was sleeping on a couch in a friend’s apartment, felt the living situation was not stable and she could fall into homelessness at any time. After obtaining an FYI voucher earlier this year, her fears of homelessness were relieved, and she was able to begin attending school and found a stable job. Suzan is now working towards becoming a nurse practitioner.

FYI is opening the door for former foster youth to unlock their full potential. And we have continued to open doors for all Americans seeking a better life.

Just this month, HUD announced $46 million in rental assistance and housing vouchers for veterans at-risk of homelessness, fighting for those who already fought for us.

To hear more stories like these and follow along with HUD’s Home for the Holidays campaign throughout the month of December, listeners can tune in to the House Keys podcast on Apple Podcasts and @HUDgov on Twitter.

Because there’s no better place to be than home for the holidays.

Ben Carson is Secretary of the Department of Housing and Urban Development.