Borrowing a Page from the Chinese Communist Party 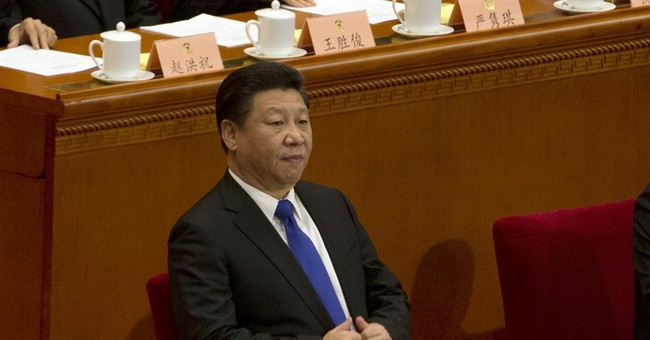 The Epoch Times is no stranger to censorship from China, but the publication has recently been forced to grapple with censorship here in the United States.

Founded in 2000 by Chinese immigrants to the United States who hoped to expose the truth of their birth country’s repressions, the paper quickly grew in popularity. The publication’s website now receives nine million unique visitors and 30 million page-views per month.

The Epoch Times has been a consistent voice for freedom, and has helped inform the world of the human rights atrocities in China. The newspaper has seen firsthand the consequences of pursuing journalism in Communist China. At one point, the paper recruited reporters in China, who were, in turn, sentenced to years in prison for the crime of reporting the truth.

That experience in China only deepenedThe Epoch Times’ founders’ appreciation for our nation’s commitment to a free press.

Since 2010, The Epoch Times has held congressional press credentials, issued by the U.S. House of Representatives Periodical Press Gallery. Those credentials enable reporters to gain access to the Capitol and interview members of Congress. Without that access on Capitol Hill, everyday Americans would be unaware of what happens in Congress, and unable to hold their elected officials accountable.

The paper recently received word from the House Press Gallery that its press credentials will not be renewed. No explanation was given, but we can assume the decision was politically motivated, as The Epoch Times was vocal about its support of President Trump over the past four years.

Adding insult to injury is the fact that the Senate Daily Press Gallery credentials the People’s Daily, the official newspaper of the Central Committee of the Chinese Communist Party. Totalitarian regimes rely on two sides of the same coin – propaganda on the one side, and, on the other, censorship of unfavorable material. The Chinese government benefits from both the Senate’s credentialing of the CCP’s official propaganda, and the House’s latest move to cancel the credentials of a publication that has been a constant thorn in the side of the Chinese Communist Party.

The House Press Gallery is governed by an executive committee, comprised of seven journalists who make the decisions for which other publications will be granted credentials. Senate historian Donald A. Ritchie has remarked that this system of allowing fellow journalists to oversee the credentialing of press agencies for access to the legislative body is unique in the world. It was designed this way to promote greater press access to Congress and honor the First Amendment.

Americans are beginning to see the profound dangers of Cancel Culture. American institutions and corporations now engage in censorship that was previously unimaginable. Twitter, Facebook, YouTube, and other Big Tech giants conduct coordinated censorship efforts, silencing important voices and shutting down civic dialogue. Former President Donald Trump is still banned from Twitter and other social media platforms, as are other prominent conservatives.

Thomas Jefferson famously wrote in a letter to Edward Carrington, “…were it left to me to decide whether we should have a government without newspapers or newspapers without a government, I should not hesitate a moment to prefer the latter.” Our First Amendment embodies that sentiment.

We are blessed in America to have a government held in check by a vibrant press corps, but the House Periodical Press Gallery appears not to care. The executive committee is prioritizing Cancel Culture over its responsibility to advance the First Amendment in the halls of Congress.

The executive committee should reverse course immediately and take a bold stand for the freedom of the press. Failure to do so will be correctly viewed by Americans as another example of Cancel Culture’s disregard for our cherished First Amendment rights.

Ken Buck is a member of Congress from Colorado. He serves on the House Judiciary Committee and House Foreign Affairs Committee.