The January 6th Committee Kindly Asks You to Ignore the FBI 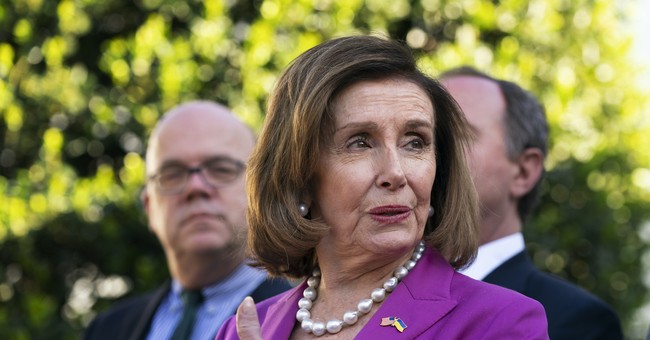 The FBI found no evidence President Trump, or his allies coordinated any part of the Capitol riots. The January 6thCommittee would like for you to ignore that.

Pelosi’s stacked commission has proven exceptionally effective with at least one thing: ignoring any piece of evidence that does not align itself with the committee’s predetermined outcome. Peddling emotion-filled accounts of January 6th, with undisguised partisan vitriol, is far more effective in furthering the left’s messaging strategy than conducting a balanced fact-finding investigation.

If you were to take a step away from the noise and examine the facts in an unbiased fashion, you would discover a wildly different version of events than what the unselect committee would have you believe.

Reports emerged in August of 2021 confirming the FBI did not have any sort of evidence connecting President Trump or his allies to an organized effort to enter the Capitol or overturn the 2020 election results. In fact, they could find no evidence of a plot to overturn the election at all. But key members of the committee have ignored that evidence, choosing instead to flock around television cameras and present a darker, inaccurate version of events.

Liz Cheney, undoubtedly screen-testing for her post-Congress surrogate gig on cable news, rebuffed the FBI’s reporting on MSNBC. She contradicts the Bureau’s findings, and cast aspersions on her fellow Americans about their intentions that day.

“We are determined to ensure we understand the entire effort to overthrow the election and overturn the rule of law,” she tweeted on the one-year anniversary of January 6th. Her colleague, Adam Kinzinger, was more direct in his baseless accusations: “(Trump) upset me with his attempt to overthrow the Republic.”

Cheney, Kinzinger, and other members of the committee must trot in front of the cameras and recite Democrat-written talking points because the legitimacy of their entire anti-Trump narrative is continually undermined by evidence emerging from law enforcement investigations. The committee is not getting their preferred results from the FBI, so they’re requesting that the American people ignore them.

The bottom line is, you’re going to get a second opinion on January 6thfrom the committee, whether you wanted it or not.

The fundamental issue with ignoring key evidence and pursuing kangaroo court-style proceedings is that Congress is not a prosecutorial body. They are a partisan legislative body with limited investigative oversight. They January 6thCommittee, however, wants to pretend as if they’re a grand jury indicting fellow members in their political crosshairs. The court of public opinion is their only chance of winning any sort of argument, which is undoubtedly why Nancy Pelosi chose to kick two fact-finding Republican warriors off the committee before their witch hunt even began.

Expect the committee’s upcoming public hearings to be rife with half-truths, partisan monologues, and maybe even fabricated evidence (which they’ve already been caught red-handed peddling) to prove their assertions. You will not see evidence defending the President because that would undermine the intent of the hearings. Playing audio of President Trump calling for marchers exercising their First Amendment right to free speech and protest by asking for rally attendees to “peacefully and patriotically make your voices heard,” puts a damper on CNN’s primetime audience. So does playing video of President Trump instructing the crowd to “go home,” and also condemning political violence.

The Senate has acquitted President Trump of inciting any sort of riot on January 6th. The FBI has no evidence that the events of January 6th were coordinated, that President Trump had any involvement, or that his allies had any sort of inclination that individuals would enter the Capitol. And they will find none.

In a matter of months, the committee will cease to exist.Many of its key players will no longer be members of the House, and its faux authority will be reduced to the ash heap of history. Its members are keenly aware of this reality, and they’d rather go down spouting vitriol and partisanship than go away quietly.

The committee is quite unhappy with the facts of January 6thas they exist today. Their upcoming public hearings will be a way for them to kindly ask that you sit back, relax, enjoy the show…

…and please, “for the good of our Republic,” don’t do your own research.