Beware of the Modern Progressive 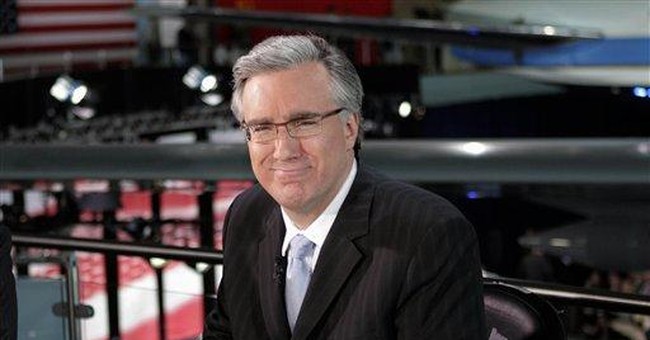 The Left is comprised of authoritarians who are filled with deep hatred. They express that hatred openly and foreshadow the tyranny they will impose on those who disagree with them should they ever get power. As always, they view themselves uncritically and with expansive tolerance, while examining their political foes with a proctoscope.

In 2008, then-candidate Barack Obama expressed his hatred this way: “They get bitter, they cling to guns or religion or antipathy to people who aren't like them or anti-immigrant sentiment or anti-trade sentiment as a way to explain their frustrations.” Even Hillary Clinton expressed disapprobation at his comments.

By 2016, eternally frustrated Hillary Clinton gave up the pretense of respecting all Americans by referring to followers of her political opponent as “deplorable.”

Disgraced former FBI agent Peter Strzok, while conspiring with his lover to undermine the Trump campaign in 2016, referred to Republicans as shoppers at Wal-Mart (that’s an insult?) who stink.

The most recent expression by the establishment elite of the Left comes from Keith Olbermann, a former sports analyst turned political commentator. He refers to Trump supporters as “maggots.” But name calling is not enough for Olbermann, in his best Adolf Hitler, Chairman Mao, or Joseph Stalin, he calls for the extermination of opponents of his enlightened view.

Olbermann uses the language of violent autocrats everywhere when he attacks the president’s “supporters.” He then sets forth his initial hit list: Mike Lee, William Barr, Sean Hannity, Mike Pence, Rudy Giuliani, Kyle Rittenhouse and Amy Coney Barrett. And, anyone he thinks is like them.

He wants them “prosecuted, convicted, and removed from our society,” which seems odd since he doesn’t accuse them of violating any law.

You see, that is the position of the Left—authoritarian, intolerant, hostile, myopic, ignorant, uneducated, and uninformed. Further, they are self-righteous, self-important, and self-deluded.

They actually believe that they are better than anyone who is different than them. Olbermann’s hostility toward those he disagrees with is not merely irrational, it is dangerous. It is the mentality that ends up producing reeducation camps and the destruction of the American way of life—which is designed to allow even the disagreeable (like Olbermann) to participate and express themselves in our political society.

While the Republican, the classical liberal, way of things is to facilitate discourse and involvement, the “progressive” modern liberals like Olbermann seek to suppress speech and destroy their political opponents. And by destruction, they aren’t content with trying to win at the ballot box (even if it means cheating), they mean to “remove [them] from our society.”

Olbermann and his ilk would love to see an imposition of Mao’s Cultural Revolution, which killed millions and imprisoned other millions of Chinese in an attempt to obliterate a generation that remembered freer times before Mao’s reign as a Communist god.

President Trump’s policies on life, jobs, the economy, immigration, military, foreign policy, trade policy, and others, lifted millions off of welfare rolls and into jobs and prosperity-pre COVID. Every demographic made progress. Real wages increased. His policies on opportunity zones in inner cities was bringing jobs back to neighborhoods that Democrats had long forgotten.

While ignoring people like Olbermann might be appropriate, his statements are so regressive as to be dangerous. He projects his own emotions when he blames Trump and his followers as hate filled. In reality, Olbermann’s rant displayed his lack of tolerance and his hatred toward those who don’t see the world quite like he does.

And, the fact that Olbermann is just one influencer on the Left who has expressed this profound hatred and desire to obliterate those who simply disagree with him, makes him particularly dangerous to our nation.

Beware of the modern progressives, who are communists in communists’ clothing. They want power. They will attack any who get in their way. They will stop at nothing to advance their goals.

For the far Left, from Obama to Clinton, from Strzok to Olbermann, and thousands of Leftists in between, anyone who disagrees with them on political matters are simply subhuman. And that’s a dangerous attitude from people in power and from people who are societal influencers.

It is an idea born of hatred that brings about the end of civil society and freedom.