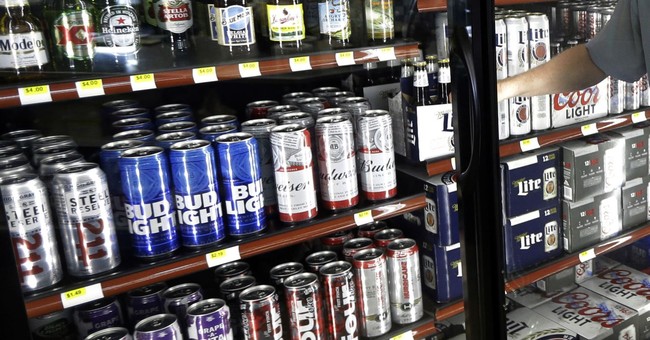 University administrators across China have taken steps to ban alcohol on the campuses of universities outright even when students are of the legal drinking age. In the communist nation, the drinking age is currently set at 18, but many argue that the law isn't enforced.

One of the first universities to take this new drastic measure in China was a college in the Northwest region of the country, the "Shaanxi Province," which made headlines for the complete ban on drinking alcohol and furthermore implemented a zero tolerance policy. Universities in China now have the right to punish and expel students who partake in drinking legally.

Reported on first, in the Global Times:

Xi'an Fanyi University, a private school located on the southern outskirts of Xi'an, issued a regulation on November 30 forbidding all students from drinking on and off campus to celebrate birthdays, holidays and graduation.

Students who violate the ban face penalties up to expulsion. Faculty members drinking with students will also be punished.

A student who attends Tsinghua University, Zeng Fanchen, told the Global Times that "drinking is so deeply imbued in our culture that alcohol has become a must-have when people celebrate something." While these students don't agree with these new rules at universities across China, they're losing the fight against new and stringent policies from administrators.

The school's regulations have a legal basis with article 53 of the Higher Education Law stating that students of institutions of higher learning should abide by the student code of conduct and the institutions' administrative rules.

"Although Chinese laws only restrict selling alcohol to non-adults and have no limits on the drinking age, colleges are actually taking the responsibility of regulating young people's drinking behaviors," said Zhu Wei, a professor at the China University of Political Science and Law.

Professor Wei concludes by pointing out that drinking alcohol does come with its risks and recommends colleges work with surrounding businesses and restaurants in support of the ban. He further chalked up drinking habits in China to "bad drinking culture." He believes the ban on alcohol will make for a more "pure place for studies."

Share this on Facebook
Tweet
'Sick Son of a Bitch' Beto O'Rourke Crashes Uvalde Press Conference
Spencer Brown
And This Is Why NBA Coaches Should Zip It When It Comes to Politics
Matt Vespa
One Policy That Seems to Work When It Comes to Protecting Our Schools
Matt Vespa
Texas Shooter Was Known to Police
Katie Pavlich
Millions From Biden's COVID Relief Bill Funded the Left's Agenda to Push for Racial and Gender Equality
Sarah Arnold
Stacey Abrams Said Voters Were Being Suppressed. Her Own Base Proved Her Wrong.
Spencer Brown
CARTOONS | AF Branco
View Cartoon
Most Popular