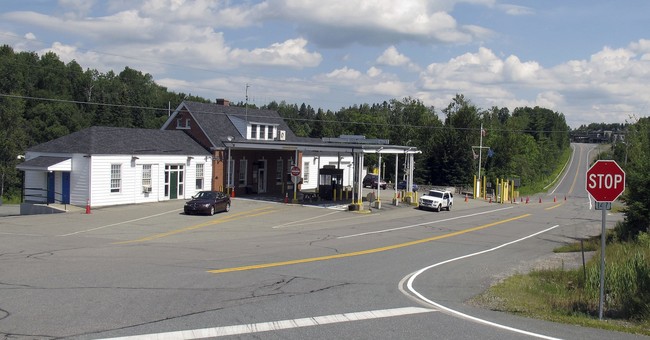 Leaky roofs. Outdated fire sprinkler systems. Aging patrol vehicles. No holding cells for detainees. And to top it off, a chronic manpower shortage. These are some of the many problems hamstringing U.S. border operations.

That is, at the northern border — the international boundary between the United States and Canada.

Congress last month finally passed emergency funding to deal with the humanitarian crisis at the southwestern border. However, a recent report from the Government Accountability Office reveals that it remains unclear whether legislators and bureaucrats will tackle the structural issues at America’s other border — or continue to postpone much-needed modernization efforts as they divert resources to the southwest border.

“It is unknown whether the staffing and resource challenges identified by [Customs and Border Protection] to secure the northern border between ports of entry will be addressed due to competing southwest border security priorities,” read the GAO report. The report was first seen by the DHS in March and released to the public in late June after some details were redacted.

The world’s longest international border is vital for the economy and national security of the United States. Approximately 400,000 people and $1.6 billion in goods cross the northern border daily, bridging America with its second-largest trading partner Canada. The northern border is also where roughly 93 percent of Border Patrol fentanyl apprehension happens — the deadliest drug in the United States that was responsible for 28.8 percent of U.S. drug overdose death in 2016.

Border Patrol’s manpower shortage is so severe that it “at times, poses risks to agent safety,” and limits its ability to conduct enforcement activities, according to the GAO report. Likewise, Air and Marine Operations told GAO that the insufficient number of agents hampers its ability to respond to an immediate request for air support and limits how many air and marine patrol operations it can fulfill.

The outdated digital infrastructure is just the tip of the iceberg. The northern border lacks the budget for many necessary upgrades and repairs for facilities and equipment, whether it be closing black spots in radar coverage or something much more rudimentary like fixing a sprinkler system. Indeed, DHS has, due to the lack of funding, deferred 20 major construction projects and several maintenance projects for the northern border.

As a result, many northern border sectors are in bad shape. In one case, a station lacked a dedicated processing and interview area and detainees are processed in an open location right next to agent work stations, posing a “safety risk to agents,” an official told GAO. Other stations have deferred routine repairs and are too small to accommodate agents and staff. Some sectors don’t even have enough barriers to adequately restrict vehicle incursion.

Agents meanwhile drive in vehicles past their shelflife through remote backwoods where phones and radios often don’t have signal. They sometimes struggle to know where the border even is, as some areas lack signs or markers indicating where the United States ends and Canada begins.

Furthermore, U.S. officials often relegate the northern border as a secondary priority compared to the southwest border, exacerbating its chronic manpower shortage and funding scarcity. Most recently, the DHS temporarily relocated 730 officers stationed along the U.S.-Canada border to deal with the humanitarian crisis at the southwest border, overstretching customs and border patrol operations in northern sectors already suffering from chronic manpower shortage and funding scarcity.

The southwest border absorbs much of the immigration authorities’ budget and manpower partially because that’s where the overwhelming majority of the drug trafficking and illegal border crossings happens. Nevertheless, the focus on the southwest border has contributed and will continue to contribute to acute manpower shortages and facilities and equipment failure in the northern border, GAO found.

“It is unknown whether CBP’s northern border staffing and resource challenges will be addressed due to competing priorities with southwest border security,” GAO wrote, noting that President Donald Trump has ordered the DHS to “obtain complete operational control...of the southwest border, in part through hiring thousands of agents and constructing a physical barrier.”

The DHS identified several measures to address the situation at the border in the GAO report. Furthermore, the recently enacted law dealing with the southwest border crisis also requires the DHS to report how the department can return reassigned officers to the northern border and return staff levels to regular levels. However, fixing the situation in the northern border will probably require more than stop-gap measures.

“CBP so far has been tone deaf when it comes to understanding the importance of the northern border and our rural communities,” lamented Congressman Collin C. Peterson (D-MN), who backed the law.