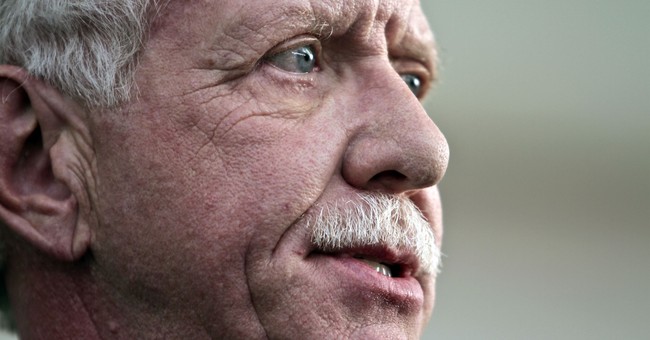 Captain Chesley B. “Sully” Sullenberger, of “Miracle on the Hudson’” fame, blasted Boeing at a congressional hearing Wednesday for “fatally flawed” design decisions that he said contributed to the two separate plane crashes that together killed 346 people.

Captain Sully spoke at a hearing on Capitol Hill investigating why and how two 737 MAX planes — the newest incarnation of Boeing’s popular 737 series plane — crashed mere months apart from each other. Following the accidents in Indonesia and Ethiopia, the Federal Aviation Administration grounded all 737 MAX planes after regulators in Europe and Asia did the same.

A seasoned pilot with 52 years of experience, Sully is most known for helming U.S. Airways Flight 1549, which crashed into New York’s Hudson river due to engine failure back in 2009. Thanks to Sully’s expert maneuvering, all passengers safely deplaned without any casualties, catapulting the now-68-year-old pilot into national fame.

At the hearing, the captain testified that MCAS, a software used in 737 MAX that is supposed to adjust for human errors, inadvertently overrode the pilot’s control of the aircraft and sent the plane into a nosedive in the two crashes.

“In adding MCAS, Boeing added a computer-controlled feature to a human-controlled airplane but without also adding to it the integrity, reliability and redundancy that a computer-controlled system requires,” Sully said in his prepared remarks. “It is clear that the original version of MCAS was fatally flawed and should never have been approved.”

Like Sully, President Donald Trump also hinted that airplane manufacturers should be cautious about incorporating automated computer software into their cockpit.

Boeing has acknowledged that their software contained problems and its executive has apologized to the crash victim’s families. Bloomberg News reported that former Boeing engineers said the company’s work culture prioritized profitability over safety, contributing to the 737 MAX crashes.

“The implementation of that software, we did not do it correctly,” Dennis Muilenburg, Boeing CEO, told CBS. “We are fixing it now.”

Rep. Paul Mitchell said that it is too early to lay blame pending the end of government investigations, noting that the hours of the pilots of Ethiopian Airline “gave me a great deal of questions.” Sully, however, seemed adamant that the fault could not be placed on the feet of the airplane pilots.

“It has been suggested that even if the MCAS software had flaws, the pilots on these flights should have performed better,” Sully said. “We owe it to everyone who flies, passengers and crews alike, to do much better than to design aircraft with inherent flaws that we intend pilots will have to compensate for and overcome.”

Sully drew on his personal experience as a pilot involved in a near-miss aviation incident, arguing that a crisis situation can overwhelm even experienced pilots, especially in newer airplanes with integrated flight systems where a single failure can have a “cascading effects through multiple systems.”

“I’m one of the relatively small group of people who have experienced such a sudden crisis – and lived to share what we learned about it. I can tell you firsthand that the startle factor is real and it is huge – it interferes with one’s ability to quickly analyze the crisis and take effective action. Within seconds, these crews would have been fighting for their lives in the fight of their lives," he said.

The captain also criticized Boeing for failing to disclose the flaws in its MCAS system long after they first found out about it. The company told federal regulators that it knew about the software problems one year before the first plane crash, according to Fox Business.

“Obviously Boeing did not intend for this to happen,” Sully said. “But to make matters worse, even the existence of MCAS, much less its operation, was not communicated to the pilots who were responsible for safely operating the aircraft until after the first crash.”

Looking to the future, the graying captain said that software bug fixes are not enough. Boeing and federal authorities must also ensure pilots get adequate training in the new 737 MAX planes, which he says has significant differences compared to the original 737 series planes, despite sharing a serial number.

“It’s critical that pilots as soon as possible experience in a full-motion level-D simulator...all the effects of the MCAT system and also all the other things that likely have either not been trained at all or since initial qualification of the airplane,” Sully said.