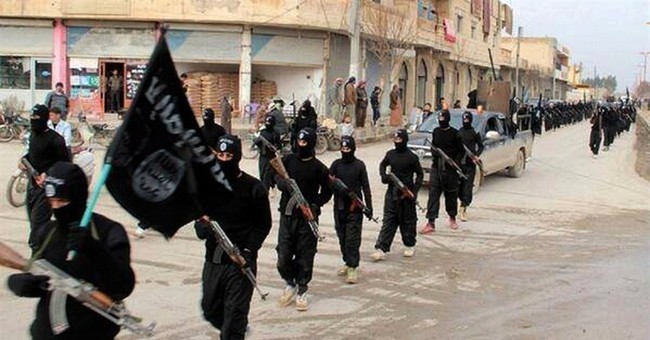 Over the weekend the Islamic State launched a new attack on U.S. military personnel, publishing a video purporting to show personal information about 100 American service members and demanding that each be slaughtered by local sympathizers.

“With the huge amount of data we have from various different servers and databases, we have decided to leak 100 addresses so that our brothers residing in America can deal with you,” the video said, calling for supporters in the United States to carry out “lone wolf” attacks against the targets.

The “Islamic State Hacking Division” -- responsible for the video -- claimed that the information was gathered by hacking U.S. military servers, but defense officials say that the addresses were already available elsewhere online.

In response to the publication of the video, branches of service are reaching out to the targeted personnel to ensure their safety.

The U.S. Central Command Chief of Staff called for “a heightened sense of vigilance” in computer and internet usage.

“Adversaries and malicious "cyber" actors continue to use any method possible in an attempt to gain access and exploit any information they can,” CENTCOM said in a statement.

But the targeted military personnel aren't too concerned with ISIS’ latest move.

“I wouldn't say I'm scared,” an unidentified service member told ABC News. “It's just part of this 'new war' against an enemy with a different, more developed capability than what we've faced in the past. We have to make the adjustments in order to continue to win the battles.”