Poll: 62 Percent Of Americans Believe Big Tech Has Too Much Control Over News 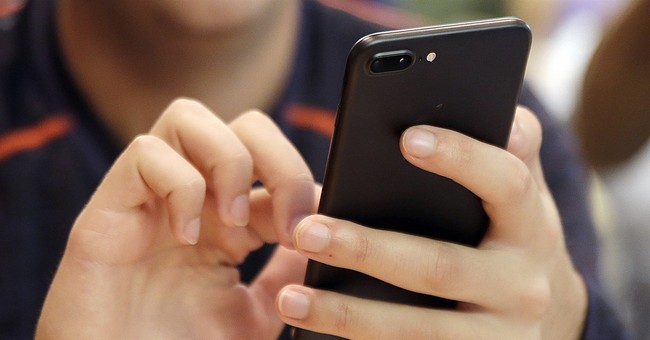 Recent polling from the Pew Research Center reveals that 62 percent of Americans believe that social media companies "have too much control over the mix of news that people see on their sites."

The poll occurred between July 8 and July 21, 2019, among 5,107 U.S. adults who are members of Pew Research Center’s American Trends Panel. The results were released on October 2. Perhaps not surprisingly, more Republicans tend to be suspicious of big tech than Democrats, but it is a bipartisan trend:

Three-quarters of Republicans and Republican-leaning independents say social media companies have too much control over the mix of news that people see, compared with about half (53%) of Democrats and Democratic leaners. More Republicans (66%) than Democrats (49%) also say that these efforts result in a worse mix of news for users.

This poll is good news for politicians such as Sen. Elizabeth Warren (D-MA) and Sen. Josh Hawley (R-MO) who have called for legislation addressing big tech in one way or another.

Last week, leaked audio clips of Facebook CEO Mark Zuckerberg exposed the social media guru telling his company that he feared Sen. Warren's plan to break up the company as an "existential threat" to his business model.

Over the summer, Sen. Hawley introduced a bill that aimed to address social media's "addictive" features. "Big Tech has embraced addiction as a business model. Their ‘innovation’ isn't designed to create better products, but to capture attention by using psychological tricks that make it impossible to look away. Time to expect more & better from Silicon Valley," he tweeted in July.

The Pew Research Poll was highlighted in political commentator's Ryan Girdusky's weekly "Nationalist-Populist Newsletter." Girdusky told Townhall that, "The fact that a bipartisan coalition of Americans are showing skepticism towards big tech is telling for a number of reasons. Most people in the tech industry are fairly progressive and yet they're shunned by their own ideological community, the common mythology is that conservatives always support business but there's a growing choir demanding Washington clamp down on the tech industry.

"Without a political home, it's more likely than not that the tech industry is going to have to give in to the demands of one partisan group's wishes or they're going to see action out of Washington that may not work in their best interest," Girdusky added.