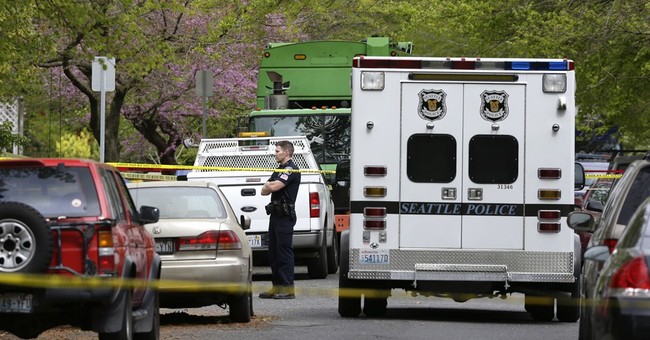 Seattle police are searching for a suspect who stabbed an 80-year-old man and then stole his car in a Catholic Church parking lot this past Sunday.

The attack happened in the parking lot of Holy Family Catholic Church in the White Center area of Seattle. The shocking scene was caught on security footage and "shows two men fighting; one makes several thrusting motions, then that person runs off screen. A few moments later a car goes speeding out of the parking lot, as a man goes to help the victim."

An eyewitness named "Matt" told local media that he "had never seen anything like that in [his] life except for on TV" and it was "a little unnerving."

"I don’t feel safe here right now," he added. "It’s out of control. Something has to change."

Despite Seattle's high crime rates, statistics to show that the city is actually safer than what it used to be during the 1990s, according to AreaVibes.com.

The suspect escaped after a short police chase and is still on the loose. The victim is expected to survive the stabbing.