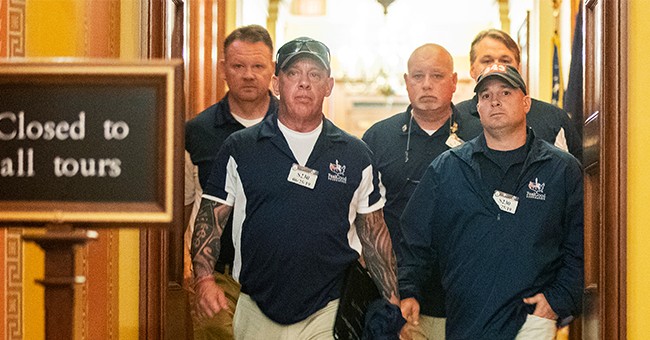 The United States Senate has officially passed and reauthorized the 9/11 Victims Compensation Funding bill which will extend financial assistance for at least the next 70 years to those suffering from physical and mental illness due to their bravery in the immediate aftermath of the devastatingly horrible terror attack on America on September 11, 2001.

Both Democratic and Republican leaders praised the passage of the bill and "the brave first respondents." Several amendments present by my Republican Mike Lee of Utah and Rand Paul of Kentucky were voted down. The bill passed by a margin of 97-2.  Lee and Paul were the two nay votes.

"Iknow that my colleagues don’t need any extended lecture from me about the solemn commitments this program represents -- Commitments to the firefighters, police officers, and all the first responders who rushed selflessly toward the World Trade Center just moments after the attacks began. To the first responders and workers who reported for duty days or even weeks later, putting their health at serious risk to help others. Commitments to those who responded to the Pentagon and in Shanksville, Pennsylvania as well. And, in the cases where injury or illness has already claimed the lives of these heroes, commitments to their surviving family.

"Congress can never repay these men, women, and families for their sacrifices. But we can do our small part to try and make our heroes whole. That’s why the Senate has never failed to attend to the Fund before. We weren’t about to do so now."

The bill will permanently extend funding for 9/11 victims through 2090. As Townhall reported, comedian Jon Stewart has long been a champion of this bill and an advocate for the heroes of 9/11.

Stewart was on Capitol Hill today and reportedly thanked Sen. McConnell for pushing the bill forward.

.@McConnellPress walks past Jon Stewart at the Ohio Clock Corridor in the Capitol. The Senate will be voting later today on HR 1327: Never Forget the Heroes: Permanent Authorization of the September 11th Victim Compensation Fund Act. pic.twitter.com/bZ0FaOhTSl

CNN reports that "The bill is named after James Zadroga, Luis Alvarez and Ray Pfeifer, two New York police detectives and a firefighter who responded to the September 11, 2001, terrorist attacks and died due to health complications attributed to their work at Ground Zero."

President Trump is expected to sign the bill within the next week.