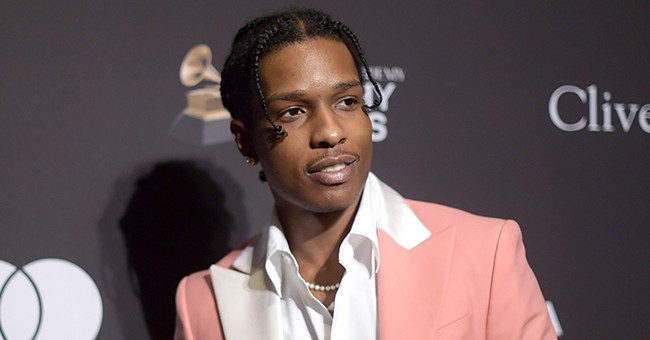 American rapper Rakim Mayers -- AKA A$AP Rocky -- has been taken into custody after Swedish authorities arrested the rapper and his posse following a street brawl.  However, The Hill reports that the State Department is now actively involved in trying to free A$SAP Rocky and his contemporaries and that President Donald J. Trump has ordered Secretary of State Mike Pompeo to make sure the celebrity is not charged with a crime.

The White House and the State Department did not immediately return requests for comment from The Hill. According to news reports, Kardashian and Kushner spoke earlier this month after which Kushner alerted the president to A$AP Rocky's arrest.

Swedish authorities are set to decide whether to charge the rapper with a crime or release him on Friday. TMZ reported that prosecutors may delay their decision, which could lead to the rapper remaining imprisoned.

The man behind songs such as "A$AP Forever" and "F*ckin Problems'" has been detained for nearly two weeks.

TMZ reports that "In addition to Kim and Kanye, Kareem Lanier and Pastor Darrell Scott of the White House’s Urban Revitalization Coalition, also played a big role … helping to connect ASAP’s management directly with Kushner through a phone call."

Earlier this week, U.S. Rep. Adrian Espaillat called upon the executive branch to address the situation.

"We are calling on Secretary Pompeo to do more," Espaillat said. "This is not enough. It is unconscionable that young men that are doing well, they are on the right track in life, they're very successful, they're icons in the hip-hop community, are treated under these inhuman conditions.

A hearing is scheduled for Friday.