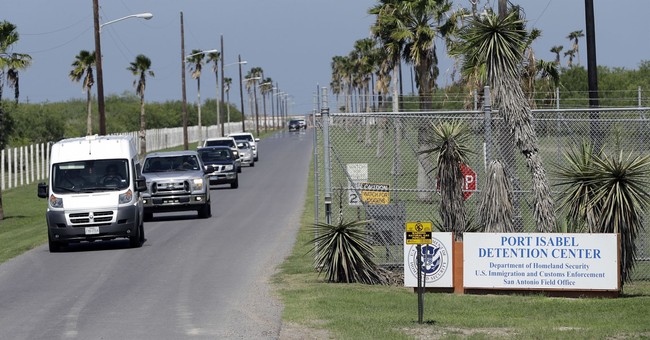 I covered earlier how the left is finally waking up to the reality that there is indeed a crisis at the United States border in terms of illegal immigration. One could argue that while both sides now agree that there is a major issue, the left seems to think that the main problem is that the U.S. is not swinging the door wide open for all illegal aliens while conservatives argue that the problem is we do not have a wall to prevent illegal immigrants from coming into the country whatsoever. Regardless, the mainstream media's coverage of the situation during President Donald J. Trump's entire term in office has been absolutely dismal in terms of accuracy as to what was truly happening at the border.  This video posted by Grabien's Tom Elliot is proof that leftists in the media have gone from claiming that no problem exists at the border to saying that Trump is responsible for the crisis at the border that supposedly did not exist just five months ago.

Depending on how cynical you are, the video represents either the genuine stupidity or the malicious intent of the mainstream media. It also represents how dumb they think the American people actually are. For years, the mainstream media has said there is no immigration problem. They did this because they were either too dumb and too lazy to do their job or they purposefully hid the reality to paint the president as an idiot. By now admitting there is a crisis, in an insult to their viewers, they think their audience will continue to find what they say as credible. They do this despite the fact their record shows they cannot report on perhaps the number one issue facing America -- illegal immigration.

Likewise, the leaders of the Democratic Party have also claimed in the past that the immigration problem was "manufactured." President Trump is rightfully jumping on the recent 180 by his political opponents as well as the media as proof that he was right all along:

Nonetheless, the gall of the leftists to claim that this any of this is President Trump's fault after years of refusing to admit a problem existed in the first place is evidence they are woefully inept to create any sort of solution on illegal immigration. Why? Well, Matt had a pretty great explanation earlier today:

Democrats don’t care about these kids. They want to weaponize them to try and attack the Trump White House; what else is new? If they cared, they wouldn’t place provisions in their bill that self-sabotage passage. The anti-Trump hysteria has become so explicit that only the densest person wouldn’t see the game here.