In 2006 Joe Biden Bragged About Delaware Being A Slave State, Joked About Fighting For The Confederacy 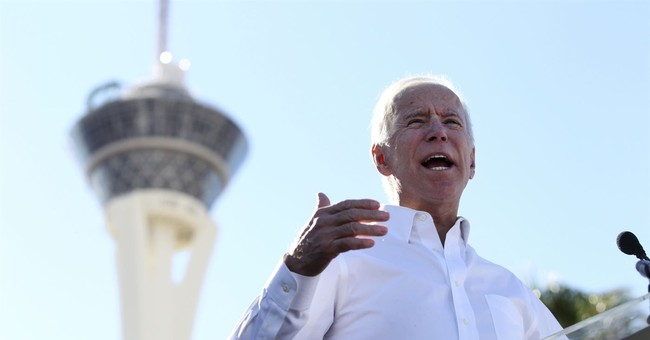 Former Vice President Joe Biden is currently on his third campaign to win the Democratic presidential nomination. His first campaign in 1988 was derailed because he plagiarized a speech and his second in 2008 was cut short because, as he described it, he lost against the "first mainstream African-American who is articulate and bright and clean and a nice-looking guy" named Barack Obama. However, in 2006 in the run-up to the 2008 South Carolina primaries, the then-Delaware senator used the First State's former status as a slave state as a reason for why he could gain support in the south during the Democratic primary. Biden did this on at least two occasions; once in a more joking manner during a speech at the Columbia Rotary Club and once in a more serious tone with Fox News' Chris Wallace.

As reported by CBS News, then-Senator Joe Biden jokingly told the influential South Carolina group that Delaware would have fought for the confederacy in the Civil War, but could not due to geography.

"Biden was on a roll," the reporter said. "Delaware, he noted, was a 'slave state that fought beside the North. That's only because we couldn't figure out how to get to the South. There were a couple of states in the way.'" (emphasis added)

In the same speech, he also made a sympathetic reference to a Columbia Rotary Club member's announcement "that the club would hold its annual Christmas party at the state Department of Archives and History where members could view the original copy of the state's Articles of Secession."

"Where else could I go to a Rotary Club where (for a) Christmas party the highlight is looking at the Articles?" Biden mused.

While critics may assert he was clearly making a joke to appease the crowd, it should be noted that Biden launched his 2020 campaign in part because of President Donald J. Trump's comments following the deadly white neo-nationalism rally and protest of removing of confederate statues in 2017. However, in 2006 his state's affiliation with slavery was something that he seemed to be proud of.

Biden, one of two dozen politicians seeking the Democratic Party's nomination, is also being criticized for his vote in 1977 to restore American citizenship to several Confederate leaders, including Confederate President Jefferson Davis.