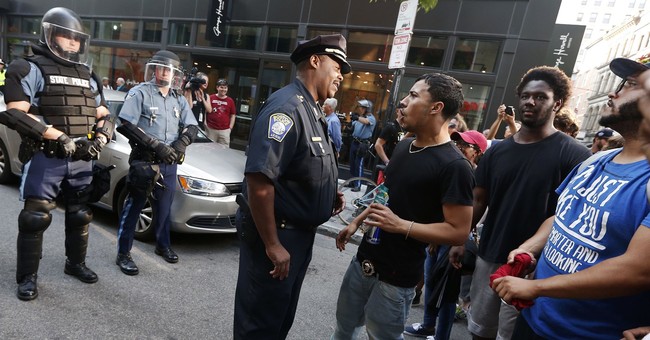 The Boston Globe reports that 200 officers from the Boston Police department will begin wearing body cameras on Monday in an effort to increase transparency which will hopefully lead to safer interactions for police officers as well as civilians.

"The cameras will be deployed to 193 officers who are assigned to District C-6 in South Boston, District C-11 in Dorchester, and the youth violence strike force, according to a statement from the department," the Globe reports.

“This new technology is an opportunity to showcase and enhance the department’s commitment to transparency while further strengthening the level of trust that exists between the men and women of the Boston Police Department and our community,” said the department in a statement to the paper.

Other areas of the city will begin using the cameras at a later date, but for now Dorchester officers will use the cameras to "for all vehicle stops, investigative stops, reasonable suspicion stops, or stops supported by probable cause. The cameras will also "used for all dispatched service calls that involve contact with civilians, on-site detentions, arrests, initial suspect interviews on scene, transport of prisoners, pat frisks, and searches of persons incident to arrest."

Officers do have permission to stop recording if the cameras would record sensitive or private information of a suspect not related to the case. Body cameras, while relatively new to police forces, are largely popular with the American public. A 2016 poll showed that "Americans overwhelming support (92%) requiring police officers wear body cameras that would record video of their interactions."