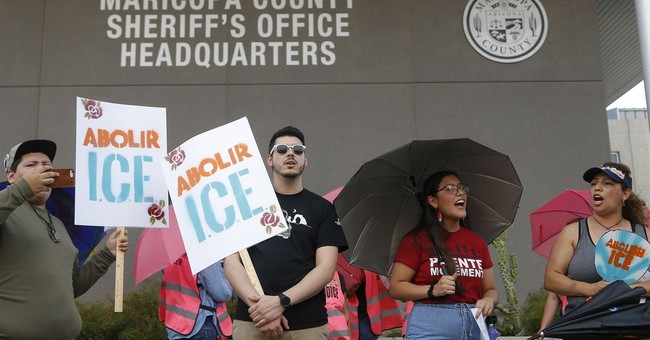 An illegal alien found residing in Saluda County, SC is facing his fourth deportation in under three years after being arrested for driving under the influence earlier this year.

According to reports, "Fulgencio Vasquez-San Juan, of 1897 Fruit Hill Road, Saluda, was charged Thursday in federal district court with illegal re-entry to the U.S. by an alien who was previously removed from the U.S."

Police records indicate that Vasquez-San Juan "was previously deported in April 2016, March 2018 and June 2018. It did not list his nationality" but was found guilty of "of driving under the influence with a blood alcohol content .16 or higher, driving without a license and seatbelt violation. He is serving a 30-day sentence, which he’ll complete on March 21."

Following his trial, local authorities handed the illegal alien over to Immigration and Customs Enforcement for detainment.  Vasquez San-Juan's arrest comes as Trump administration officials testify that the US on apce to apprehend a record number of illegal aliens.

"After a major spike in border crossings last month, U.S. Customs and Border Protection is on track to detain far more than the 521,000 taken into custody in fiscal 2018, she said. That would require sustained border crossings at rates unseen in more than a decade," The Washington Post reported this week regarding Homeland Security Secretary Kirstjen Nielsen testimony before Congress. Nielsen added that the US is  on pace "to apprehend more than 900,000 migrants at the U.S.-Mexico border this fiscal year."