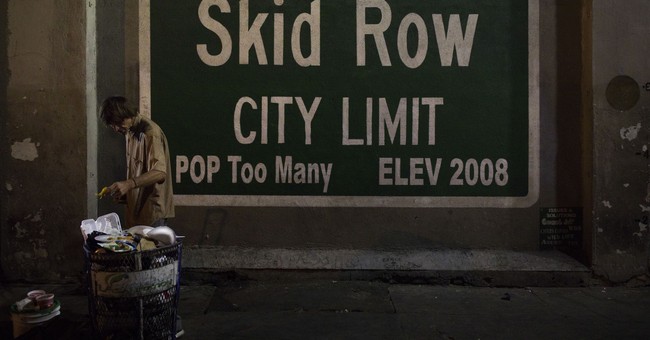 According to a press release sent out by the Los Angeles County District Attorney's office, nine individuals have been charged "with a dozen felony counts for allegedly offering money and cigarettes to homeless people on Skid Row in exchange for false and forged signatures on ballot petitions and voter registration forms."

"The defendants are accused of engaging in the solicitation of hundreds of false and/or forged signatures on state ballot petitions and voter registration forms by allegedly offering homeless people $1 and/or cigarettes for their participation, prosecutors said. The alleged offenses occurred during the 2016 and 2018 election cycles," the release notes.

In the past, election officials have downplayed these kinds of activities. According to the Los Angeles Times "Dean Logan, head of Los Angeles County elections, said he doubted forgeries would get by his office, which manually checks petition signatures against those on registration forms."

“It’s not really voter fraud, in terms of illegal voting and manipulation,” Logan told the LA TImes. “But I am certainly concerned about any activity that causes voters to lose faith in the process.”