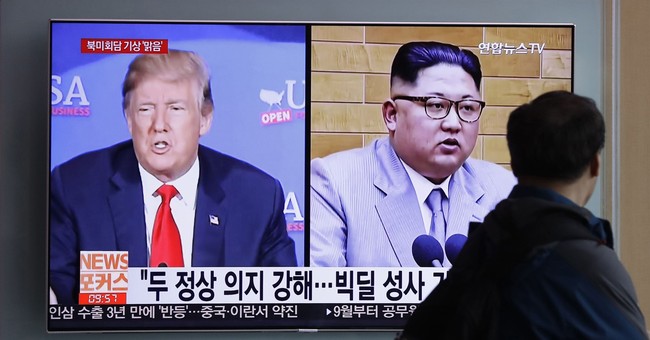 North Korea has announced that it will begin to dismantle its nuclear facilities later this month ina televised ceremony open to foreign journalists.

This ceremony will take place sometime between May 23-25, three weeks before Kim Jong Un is slated to meet President Donald J. Trump in a historic summit to discuss peace on the Korean peninsula.

According to the BBC, the North Koreans have pledged several beginning steps that will be kick started via this ceremony.

The dismantling of the Punggye-ri site, the exact date of which will depend on weather conditions, will involve the collapsing of all tunnels using explosives and the removal of all observation facilities, research buildings and security posts.

Journalists from South Korea, China, the US, the UK and Russia will be asked to attend to witness the event.

North Korea said the intention was to allow "not only the local press but also journalists of other countries to conduct on-the-spot coverage in order to show in a transparent manner the dismantlement of the northern nuclear test ground".

The reason officials gave for limiting the number of countries invited to send journalists was due to the "small space of the test ground... located in the uninhabited deep mountain area".

President Trump thanked the Koreans for their “kind and gracious gesture.”

North Korea has announced that they will dismantle Nuclear Test Site this month, ahead of the big Summit Meeting on June 12th. Thank you, a very smart and gracious gesture!

However, while the foreign press is welcome to attend, it is unclear what North Korea's state media will broadcast to their citizens. During the historic inter-peninsula summit between South Korea's President Moon Jae-in and North Korea's Kim Jong-un, the state media waited to broadcast the summit to its people in order to edit footage to help paint Kim Jong-un in positive light.