Things Are Getting Pretty Kooky Over At MSNBC 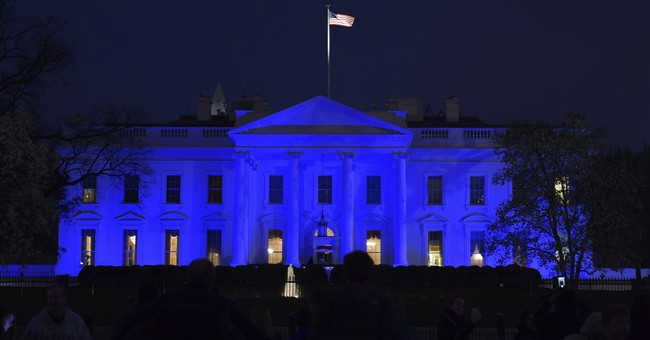 The news these days often sounds pretty wild and far fetched. But, over at MSNBC's AM Joy, host Joy Reid and the gang speculated the possibility of federal marshals placing the commander in chief in handcuffs and hauling him before special counsel Robert Mueller, should President Donald J. Trump choose to ignore a subpoena in the ongoing Russian interference probe. But, Joy Reid wondered, what would happen if President Trump became a recluse at 1600 Pennsylvania Avenue and refused to leave the White House?

Upon the possibility that the Donald would refuse to testify,  guest attorney Nicholas Akerman dreamt a scenario in which federal marshals apprehend President Trump.

"Normally, a person who refuses to testify before a grand jury winds up being incarcerated for the time period of the grand jury, which can be up to 18 months,”  Akerman said. “So, one way to enforce it is to have Donald Trump taken by the federal marshals and put in federal prison until he testifies.”

“What if he refuses to open the White House door? What if he fires any Secret Service agent who would allow the federal marshals in? What if Donald Trump decides, ‘I don’t’ have to follow the law. I refuse to be held under the law. No Marshal can get into the White House and any secret service agent that defies is fired.’” Reid responded.

“At some point, he has to come out of the White House,” Akerman responded.

“The U.S. Marshals will be directed to take him into custody, bring him before the federal district court judge.  He’ll be basically told that either he goes in and he testifies or he takes the Fifth Amendment. If he takes the Fifth Amendment, there’s not a problem,” he added “If he refuses to answer on the ground that a truthful answer would tend to incriminate him, he has the right to do that. If he does that, there’s no contempt. If he doesn’t do that, he can be directed to go directly to jail, do not pass go. Do not collect $200. End of story.”

The exchange can be watched below.

Imagine just tossing around the idea of @realDonaldTrump barricading himself inside the White House and then being dragged out by U.S. Marshalls...

This is insane rhetoric.

"President Donald Trump has begun the initial steps of preparing for a possible interview with the special counsel, a White House official and a person familiar with the situation said Friday, a sign the President's legal team is intensifying its deliberations over whether to allow him to come under Robert Mueller's questioning.

One source familiar with the proceedings stressed the preparation efforts is "in its infancy."

The preparations have been short and informal and included going over potential topics with the President that Mueller would likely raise in an interview, the people said.

The President has not formally agreed to sit for an interview with Mueller."