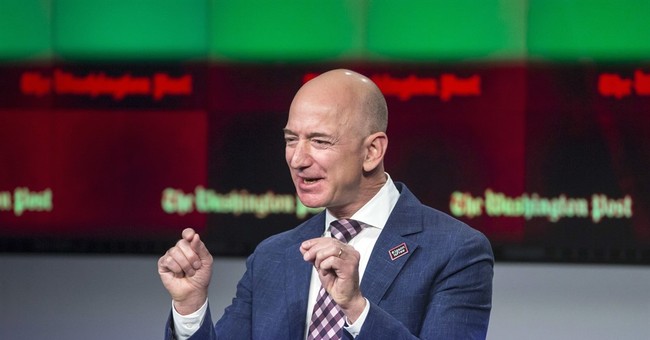 President Donald J. Trump had some choice words for The Washington Post after a Saturday evening story reported that tensions between the commander in chief and his chief of staff were at an all time high.  President Trump said the most recent piece on General John Kelly was “just another hit job” and the Post’s stories overall are “made up garbage.”

The Washington Post is far more fiction than fact. Story after story is made up garbage - more like a poorly written novel than good reporting. Always quoting sources (not names), many of which don’t exist. Story on John Kelly isn’t true, just another hit job!

Mr. Trump is referring to an article that is supposedly based primarily off anonymous White House sources.  The Post claims General Kelly is growing increasingly frustrated with President Trump and subsequently has lost influence inside the White House.

“After White House Chief of Staff John F. Kelly pressured President Trump last fall to install his top deputy, Kirstjen Nielsen, atop the Department of Homeland Security, the president lost his temper when conservative allies argued that she wasn’t sufficiently hard line on immigration. “You didn’t tell me she was a [expletive] George W. Bush person,” Trump growled.

After Kelly told Fox News Channel’s Bret Baier in a January interview that Trump’s immigration views had not been “fully informed” during the campaign and had since “evolved,” the president berated Kelly in the Oval Office — his shouts so loud they could be heard through the doors.

And less than two weeks ago, Kelly grew so frustrated on the day that Trump fired Veterans Affairs Secretary David Shulkin that Nielsen and Defense Secretary Jim Mattis both tried to calm him and offered pep talks, according to three people with knowledge of the incident.

“I’m out of here, guys,” Kelly said — comments some interpreted as a resignation threat, but according to a senior administration official, he was venting his anger and leaving work an hour or two early to head home.

"I sort of feel that the press is so bad, it's so fake, it's so made up,” President Trump told the hosts.

"They're like novelists, I call them novelists and they make up the sources,” he added.