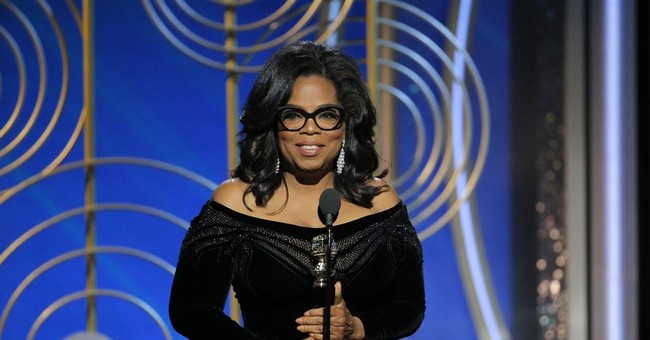 “Turn your wounds into wisdom,” Oprah Winfrey one time told her faithful viewers. That is pretty decent advice if she ever actually decides to run for president in 2020. Incumbent President Donald J. Trump warns that the race would be a “very painful experience” for the cultural icon. But this is not the first time the two have flirted with the presidential election. The two billionaires have an interesting song and dance around the presidency dating back to at least 1988.

Trump: "I would love Oprah to run. I would love to beat Oprah. I know her weakness." pic.twitter.com/AFT8aDKd5h

Oprah has been pressed to run by many in the media after her speech at the Golden Globes in January. The speech earned praise for its positive messaging for women everywhere.

Since then, Oprah has been plagued by questions regarding her potential presidential candidacy. But in the 1980s, Oprah was the one asking the Donald if he would ever seek the highest office in the land.

"You took out a full page ad in US newspapers last year criticizing US foreign policy. What would you do differently Donald?" the talk show host asked the real estate mogul at the time.

Oprah then asked Donald if he would ever run for president.

"I do get tired of seeing the country ripped off. If it got so bad I would never want to rule it out totally," Trump said.

In remarkably similar language to his 2016 campaign, he continued to harp his populist messaging. "I think I'd win. I tell you what: I wouldn't go in to lose. I've never gone in to lose in my life," he added. "And if I did decide to do it, I would say I'd have a hell of a chance of winning. I think people are tired of seeing the United States ripped off.”

11 years later, when it looked as if Trump was seriously considering a run at the presidency. He said that if he did run, that Oprah would be his first choice for his Vice President.

Trump on his dream VP in an interview in 1999: 'Oprah would always be my first choice.' pic.twitter.com/AuTPUT8xH2

That stance has clearly changed. Rumor has it that former President Barack Obama's beatdown of Donald Trump during the 2011 White House correspondents dinner is what finally pushed Trump to run and win the presidency. Trump, ever the competitor, just wanted to shut Obama and his critics up. Who knows if that is actually true, but it is fairly believable. That speaks positively to Trump's winning attitude and "killer" instinct. It is unclear whether Oprah has that same fierce attitude. Though as a billionaire and arguably one of the most successful Americans ever, needless to say the woman is clearly a formidable competitor. It will be interesting to see if President Trump's taunting is what actually pushes Oprah into running.