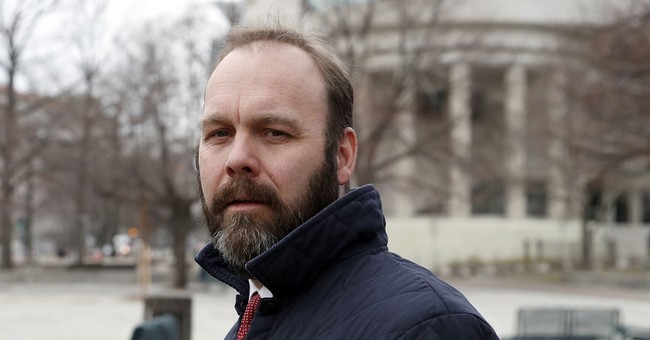 The New York Times reports that Rick Gates, a former top presidential campaign aide to Donald J. Trump, has pleaded guilty on one count of fraud and one count of lying to federal investigators in the on-going probe conducted by special-counsel Robert Mueller into Russian interference in the 2016 election.

According to the Times, “Appearing with his attorney in a Washington courtroom on Friday afternoon, Mr. Gates changed his plea, acknowledging that he participated in the financial conspiracy with Mr. Manafort.”

“He also admitted that he lied to investigators earlier this month — after he was under indictment and was negotiating with the prosecutors — about the details of a 2013 meeting in Washington that Mr. Manafort had with a member of Congress and a lobbyist, during which there was a discussion about Ukraine, where Mr. Manafort and Mr. Gates worked as political consultants.”

That member of Congress was Rep. Dana Rohrbacher (R-CA). NBC News notes that “Rohrabacher's press secretary said the meeting was a dinner with longtime acquaintances. 'The three reminisced and talked mostly about politics. The subject of Ukraine came up in passing,' the press secretary, Ken Grubbs, said.”

"It is no secret that Manafort represented [former Ukraine president] Viktor Yanukovych’s interests, but as chairman of the relevant European subcommittee, the congressman has listened to all points of view on Ukraine. We may only speculate that Manafort needed to report back to his client that Ukraine was discussed," Grubbs continued.

NBC News reports that the agreement reached between Gates and authorities requires Gates to be cooperative on “all matters”  in order to receive probation and possibly avoid jail time. Currently, Gates faces up six years in prison.

Gates is now the third Trump associate to strike a plea deal.