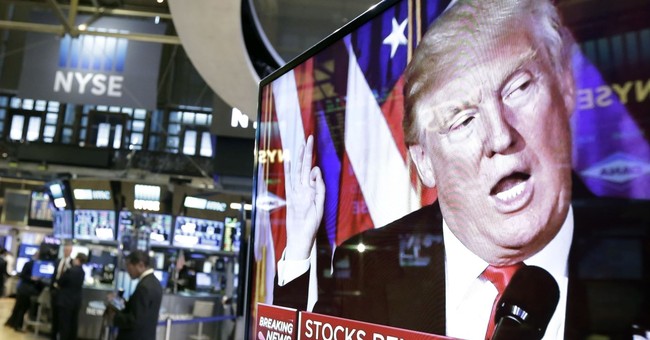 After a relatively quiet few days on Twitter in wake of the horrific mass shooting that took place in Florida last week, President Donald J. Trump roared back onto his favorite platform last night to address the FBI’s most recent findings in the Russian election interference probe.

Last night at 11:08 PM, the commander-in-chief challenged the FBI to “get back to the basics” and “make us all proud.”

Very sad that the FBI missed all of the many signals sent out by the Florida school shooter. This is not acceptable. They are spending too much time trying to prove Russian collusion with the Trump campaign - there is no collusion. Get back to the basics and make us all proud!

It is not quite clear to what extent, if any, the Russian investigation affected the FBI’s handling of the Parkland High shooter. But it is clear that Cruz was reported to local and federal authorities multiple times. Both areas of law enforcement failed to properly address several clear warning signs that he was a menace to society.

President Trump then supplemented facts that General H.R. McMaster “forgot” to say after McMaster told the media that the FBI indictments make it clear the Russians tried to meddle in the election.

General McMaster forgot to say that the results of the 2016 election were not impacted or changed by the Russians and that the only Collusion was between Russia and Crooked H, the DNC and the Dems. Remember the Dirty Dossier, Uranium, Speeches, Emails and the Podesta Company!

Then this morning, he questioned why the Obama administration was never investigated for giving the Iranian government $1.7 billion in cash. He also pointed out that Rep. Adam Schiff, who has been adamant President Trump colluded with the Russians to win the presidential election, is "now blaming the Obama Administration for Russian meddling in the 2016 Election.” Adding that, "Obama was President, knew of the threat, and did nothing" in terms of stopping election interference.

Then, President Trump claimed that he never said that Russia was not meddling in the election. Instead he said that he made a remark that it could be a number of hostile foreign actors, including a "400 pound genius sitting on his computer."

I never said Russia did not meddle in the election, I said “it may be Russia, or China or another country or group, or it may be a 400 pound genius sitting in bed and playing with his computer.” The Russian “hoax” was that the Trump campaign colluded with Russia - it never did!

Finally, the commander-in-chief told Americans to "get smart" and that Russia was "succeeding beyond their  wildest dreams" in sowing discord and chaos amongst the American people.

If it was the GOAL of Russia to create discord, disruption and chaos within the U.S. then, with all of the Committee Hearings, Investigations and Party hatred, they have succeeded beyond their wildest dreams. They are laughing their asses off in Moscow. Get smart America!

All of this was in response to the FBI's indictment of 13 foreign individuals on Friday for attempting to interfere in the 2016 presidential election via online tactics and in person protests. The FBI also made clear that no American knowingly corroborated with these individuals.

It should be mentioned President Trump also coined a new nickname for his least favorite fake news network.