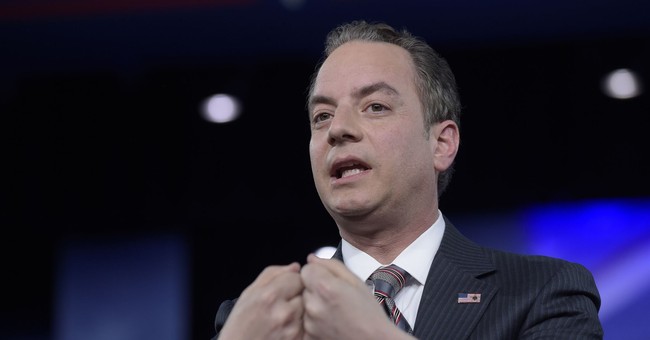 Former White House Chief of Staff Reince Preiebus appeared on NBC’s Meet the Press today with Chuck Todd. to discuss his time in the White Huse and current events surrounding President Donald J. Trump and the FBI.  Priebus disputed media reports alleging that the president wanted special counsel Robert Mueller fired for handling of the Russian investigation into whether or not election interference occurred.

CHUCK TODD: All right. Let me start right on an issue that happened near the end of your tenure as White House chief of staff. Washington Post reported late last month the following, "Trump's ire at Mueller rose to such a level that then White House strategist Stephen K. Bannon and then-Chief of Staff Reince Priebus grew, quote, 'Incredibly concerned,' that he was going to fire Mueller and sought to enlist others to intervene with the president, according to a Trump advisor who requested anonymity to describe private conversations." This was all in that report that said White House Counsel Don McGahn said he'd resign if ordered to do this. What you can tell us about this event?

REINCE PRIEBUS: Well, I mean, first of all, there's an ongoing investigation so there's some things that I can't get into, Chuck. But I will tell you this, which I think is something that I've talked to a couple people about, I never felt, of all the things that we went through in the West Wing, I never felt that the president was going to fire the special counsel.

PRIEBUS: I never heard that.

TODD: But you never took it--

PRIEBUS: No, I never heard that.

TODD: --you never heard the specific--

PRIEBUS: I never heard that. No.

CHUCK TODD: --the sentiment was expressed?

PRIEBUS: I think it was very clear by the president's own words that he was concerned about the conflicts of interest that he felt that the special counsel had. And he made that very clear. Perhaps someone interpreted that to mean something else. But I know the difference between fire that person, why isn't that person gone, to what I read in that New York Times' piece.”

Priebus, who left his position as Chief of Staff last year, also said he does not believe the president is preparing to fire Robert Mueller right now, saying, “No, not at all," when asked by the host.

Priebus also added that the media’s fixation on whether or not Mueller will be fired is a “24/7 obsession.”

PRIEBUS: "I think it's news. I think it's a 24/7 obsession with this issue. Listen, it's a legitimate issue that the president and all of his supporters, at least the ones that go on television, reiterate in saying they want to cooperate with the special counsel. They're not going to get in the way. And I've not heard anything to the contrary of that mantra."