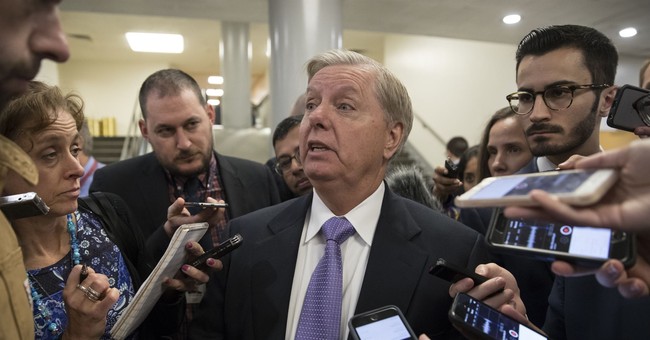 Today, Senator Lindsey Graham (R-SC) refuted several White House talking points, saying that increased border security measures were unrealistic and possibly overpriced. Graham told Martha Raddatz while on ABC’s “This Week” that the estimated $25 billion for the southern border wall was too costly and that a “1,900-mile wall” was simply not needed.

“We’re not going to build a 1,900-mile wall,” Graham said. ” The $25 billion can be spent wisely because the Gang of Eight bill spent $42 billion to secure the border. So we’re not gonna build a wall in places where it shouldn’t go.”

President Donald J. Trump has long promised a “big, beautiful wall" across the Mexican-American border to deter illegal immigration. Sen. Graham has often times disagreed with President Trump on his proposed immigration policies. Sen. Graham has also called out key senior presidential advisers, such as Stephen Miller, for thwarting immigration discussions. Miller has long been seen as the driving force behind President Trump’s strong stance on immigration. This of course has received praise from the president's supporters and criticism from his detractors.

“As long as Sen. Graham chooses to support legislation that sides with people in this country illegally and unlawfully instead of our own American citizens, we're going nowhere. He’s been an outlier for years,” White House spokesman Hogan Gidley said in a statement Sunday night.

The South Carolina Republican warned earlier in the day that with Miller in charge of immigration, negotiations are “going nowhere.”

"Every time we have a proposal it is only yanked back by staff members. As long as Stephen Miller is in charge of negotiating immigration, we're going nowhere," he told reporters, adding that "the White House staff, I think, is making it very difficult."

Graham, Democrats, and other Republicans are currently in negotiations to discuss the fate of the Deferred Action for Childhood Arrivals executive order program that granted protection from deportation for at least 800,000 illegal immigrants who arrived in America as children. Last September, Trump gave Congress a six month ultimatum to create a legislative plan to properly address these "DREAMers" as they are known in some circles. It has been thought by some legal experts that President Obama's initial executive order was unconstitutional.