Trump Says ABC News' Brian Ross Should Have Been Fired 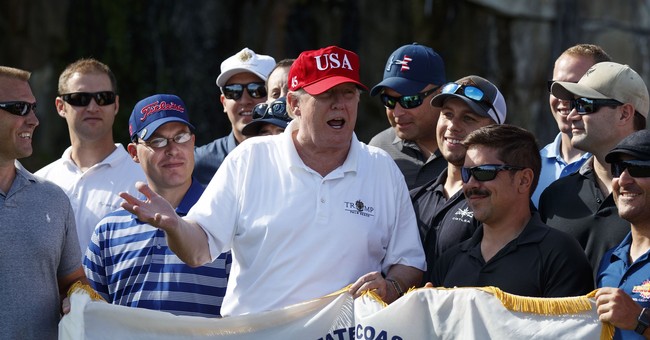 President Donald J. Trump had harsh words for ABC News' Brian Ross Saturday morning, who recently returned to work from suspension without pay for reporting a fake news story regarding the Russian Investigation and Donald Trump.

As Matt Vespa said yesterday, "Earlier last month, Ross reported that Michael Flynn, who later became Donald Trumps’ short-lived national security adviser, was instructed to make contact with the Russians during the 2016 campaign. It was actually after Trump won the election and was part of your typical laying of a diplomatic groundwork game that’s part of every transition for an incoming administration."

As Townhall reported at the time, this drastic error made a huge impact in the economy.  ABC News "waited nearly 7 hours before correcting the mistake. Now, we know just how much of an impact this fake news had on the economy. ABC's eagerness to be the first to report on a news story led to their error. The desire to be one step ahead of the game sacrificed careful attention to detail. The media, especially a platform as large as ABC, has an immense responsibility to the nation. When that responsibility is neglected for the sake of ratings, bad things occur. Yesterday, we saw the financial market tank by nearly 400 points because of this media malpractice."

As noted again by Matt yesterday, ABC News suspended Ross "for four weeks without pay. And this isn’t his first foul-up. Ross has done this before. In 2012, after the tragic Aurora shooting, he said that the shooter, James Holmes, might be a member of the Tea Party. That was not accurate either. Those are the most recent flubs. He’s stepped on quite a few rakes throughout his career. As of today, his suspension is over. "

But according to the New York Daily News, ABC News president James Goldston was furious with Ross for his mistake.

"Ross will work with his longtime producer Rhonda Schwartz. His new role was announced by ABC News president James Goldston at an editorial meeting on Friday, according to CNN.

Goldston had previously said he didn't think he had ever felt more rage and frustration as he did after the botched report was revealed.

The gaffe gave President Trump more ammunition in his continuous "fake news" assault on the media. In a recent poll, the Poynter Institute said that 44% of Americans believe that the media fabricates stories about Trump more than once in a while.

President Trump, however, feels this suspension was not enough. He said Saturday morning that Ross "should have been fired!"

Brian Ross, the reporter who made a fraudulent live newscast about me that drove the Stock Market down 350 points (billions of dollars), was suspended for a month but is now back at ABC NEWS in a lower capacity. He is no longer allowed to report on Trump. Should have been fired!