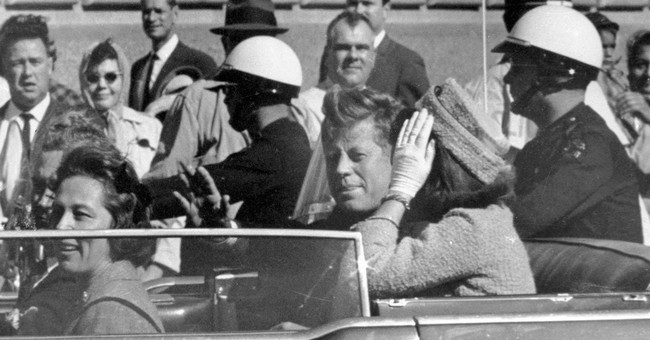 Subject to the receipt of further information, I will be allowing, as President, the long blocked and classified JFK FILES to be opened.

There are currently more than 3,000 classified documents in the National Archives regarding JFK’s death and the investigation into his killer, Lee Harvey Oswald.

25 years ago, Congress passed the President John F. Kennedy Assassination Records Collection Act of 1992 which ordered the acting commander-in-chief to release all JFK files by October 26, 2017, barring any threat to national intelligence or security.

Phil Shenon is a Kennedy expert and has written a book on the Warren Commission, the committee tasked with Kennedy’s assassination investigation. Shenon told the Washington Post that “it’s great news that the president is focused on this and that he’s trying to demonstrate transparency. But the question remains whether he will open the library in full — every word in every document, as the law requires.”

Shenon goes on to note that such a move would infuriate “people at the CIA and elsewhere who are determined to keep at least some of the information secret, especially in documents created in the 1990s.”

Reports earlier this week claimed that Roger Stone, long time Trump ally, was lobbying the President to release the documents. Stone, an infowars.com contributor told the publication on Thursday that President Trump was all ears on releasing the highly intriguing documents.

“He was all ears,” Stone said. “The president believes in transparency… he believes in the public’s right to know.”

“I am optimistic that the president is going to do the right thing.”

Stone goes on to claim that the documents will show that Lee Harvey Oswald was trained by the CIA and acted on their commands.

“Now, a very good White House source – not the president – told me that CIA Director Mike Pompeo has been lobbying the president to furiously not to release these documents.”

“Why? Because I believe they show Oswald was trained, nurtured and put into place by the CIA.”

“It sheds very bad light on the Deep State, the very same characters trying to take down our president right now.”

Many have often speculated that Oswald was part of a larger group and did not act alone, as has been the official story since 1963, the year of Kennedy’s death. However, these theories are just pure speculation.

As Jeff Crouere said earlier on Townhall.com, the only way for complete trust and transparency is for full release of the documents.

“The President needs to strike an important blow for openness and transparency in government and allow the American people the opportunity to learn the complete story about the Kennedy assassination. Hopefully, nothing will interfere with the online disclosure of all of the JFK documents.

President Trump is being encouraged by members of both parties to fully release the files. A powerful supporter of full disclosure is U.S. Senator Chuck Grassley (R-IA), Chairman of the Judiciary Committee, who said “Americans deserve a full picture of what happened on that fateful day.” Finally, after 54 years, it is time for the truth, the whole truth and nothing but the truth.”