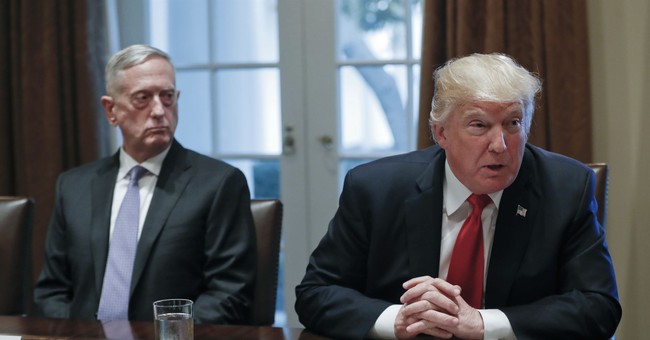 "There was no discussion with that tone or that content that I recall in the Pentagon or at any other time," Mattis told reporters during an impromptu visit to the Pentagon press area. "I will even remove that I recall. I think I would recall a conversation about doubling or ten times the nukes, Okay. I've never had that discussion."

"If I had gotten word like that I surely would have asked for a meeting to go back over and say whether or not I thought it was good idea," Mattis said.

As to whether or not Rex Tillerson actually called President Trump a moron, Mattis denies that as well.

"I was right there so anyone who says that he called someone a moron, I mean, I was there with him the whole way and that never happened," Mattis said.

Earlier in the week, Trump jokingly told Forbes that he and the former Exxon mobile CEO would have to compare IQ tests to test who the real moron is.

"I think it's fake news, but if he did that, I guess we'll have to compare IQ tests," said President Donald Trump, “and I can tell you who is going to win."

Journalists took this comment seriously, leading White House Press Secretary to tell members of the press to "get a sense of humor."