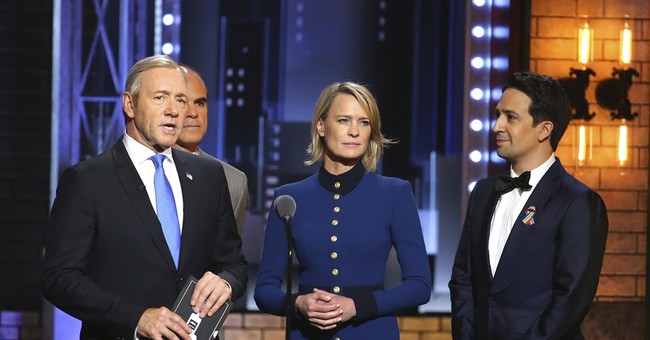 Lin-Manuel Miranda, the creator of the wildly successful Broadway play Hamilton, has changed his tune over the last week towards President Donald J. Trump.

On September 26, 2017 Manuel-Miranda tweeted out praise for President Trump, thanking him for the aid given to Puerto Rico after Hurricane Maria.

Miranda was born in New York City, but his parents hail from Puerto Rico. However, he has since deleted that tweet.

Today, he graces the cover of the New York Daily News, offering a loving message:

Yesterday, Miranda tweeted this message in reply to President Trump's response to the critical mayor of San Juan.

You're going straight to hell, @realDonaldTrump.
No long lines for you.
Someone will say, "Right this way, sir."
They'll clear a path. https://t.co/xXfJH0KJmw

It would appear Miranda did not want his supporters to see that he initially supported the president's efforts. After a week of negative hurricane aid coverage from the mainstream press, he deleted his tweets so that nobody would remember.

It is a bit telling a Broadway actor feels the need to delete tweets praising Mr. President. Hollywood and the entertainment industry are notoriously liberal. Conservatives in this industry remain hidden, lest they want to be blacklisted from jobs.

If I were a betting man, Hollywood actors are soon going to produce a contradictory and pointless "Public Service Announcement" video. They will call for unity and charity in response to Hurricane Maria, while at the same time demonizing conservatives and the president.

When that happens, TownHall.com will be ready with our response: