Rep. David Cicilline: 'Spare Me the Bullsh*t About Constitutional Rights' 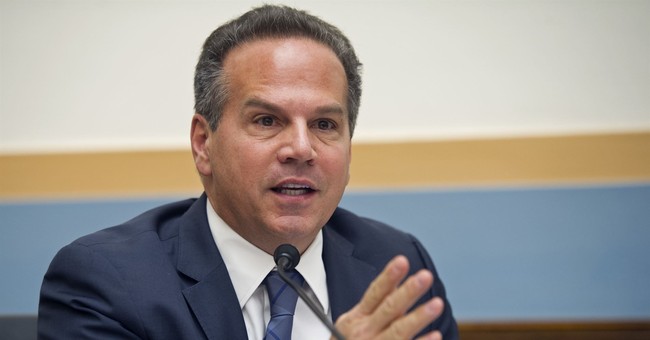 Democrat Representative David Cicilline of Rhode Island said a bit of the anti-gun left's quiet part out loud in a House hearing on Thursday when he went on a rant against the constitutionally protected rights of the American people.

Cicilline's outburst came after concerns were raised that Democrat proposals for federal restrictions on firearms — such as red flag laws — would violate Americans' right to keep and bear arms as well as infringe on their due process rights.

Brushing aside the obvious irony that Cicilline and his party continually attempt to deprive unborn children of their right to life — he's repeatedly insisted that abortion is "constitutionally protected" and the Susan B. Anthony List notes that Cicilline "has consistently voted to eliminate or prevent protections for the unborn including to force taxpayers to pay for abortion domestically or internationally."

So, of course, if Cicilline and Democrats are committed to depriving Americans of any rights before they're born, it's no issue for him to try trampling on the rights of Americans once they're born.

While it would seem that running with the "Americans' constitutional rights mean nothing to us" line wouldn't be smart politics for the party already set to get shellacked in November's midterms, the increasingly radical Democrat Party seemed to embrace what Cicilline said.

Dems and leftists on Twitter amplified and cheered Cicilline's outburst while MSNBC host and NBC News contributor Katie Phang tweeted a video of the rant, saying "This is EXACTLY the kind of messaging Democrats need." We'll see how that kind of messaging works in the days ahead in Congress as Dems try to force additional firearm restrictions through the House and Senate — and in November when voters determine who will represent them and which party will control the legislative branch.