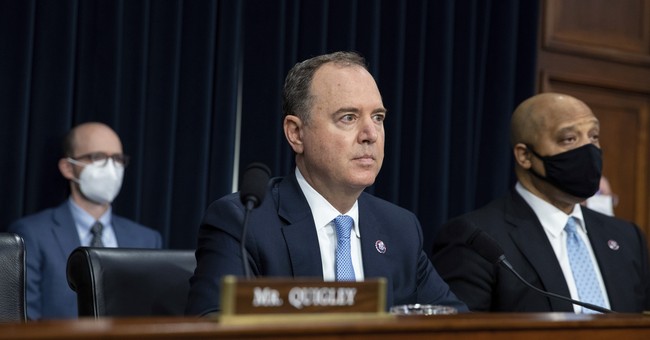 On Tuesday, the national average price for a gallon of regular unleaded hit $4.523, a new all-time high. A gallon of diesel, now at $5.573 per gallon, is also a new record-high average. Inflation remains at four-decade highs and food prices continue to soar as producers also find it more expensive to make their goods in America. There's a crisis at the border that Baby formula shortages continue to spread across the United States while the White House has "no timeline" for when critical supplies might again be available for families who need formula to feed their infants.

The Democrat-controlled Congress, meanwhile, is hyper-focused on...UFOs, while a hearing called to probe the formula shortage is not scheduled for another week.

And what’s Congress doing today? Holding a hearing on UFOs!

These are the priorities of Democrats who can't be bothered to move quickly apart from when it comes to sending tens of billions of dollars to aid Ukraine without even a chance for Congress to give a critical review of what the legislation funding such gifts entail.

So what did the House Intelligence Committee learn on Tuesday's apparently urgent hearing on whether or not there are aliens skipping across our skies or under our seas? Not much, unsurprisingly. Apart from some new declassified videos that have a quality not dissimilar from photos captured on Motorola Razr phones in the early 2000s, the hearing did not have any bombshells.

Deputy Dir of Naval Intel Bray describes one video at UFO hearing: It quickly passes by the cockpit of the of the aircraft.
Schiff: And is this one of the phenomena that we can't explain?
Bray: I do not have an explanation for what this this specific object is.

Schiff at UFO hearing: I would simply say that there are a number of of events in which we do not have an explanation in which and there are a small handful in which there are flight characteristics or signature management that we can't explain with the data that we have

Most of the answers were non-answers that revealed nothing new about the unidentified objects that are... still unidentified. So we now know again what we don't know.

What we do know? There are multiple crises burdening the American people at present, none of which are getting focus from Democrats who are trying everything they can to draw attention off of the crises Biden and his party have created. After all, the midterms are coming.

And, of course, Congress' little diversion into UFOs did nothing to get to the bottom of what the U.S. aid to Ukraine is being used (or not used) for, how to secure the border, what the Biden administration is doing going back into Somalia, or what's being done to address the formula shortage and four-decade-high inflation.