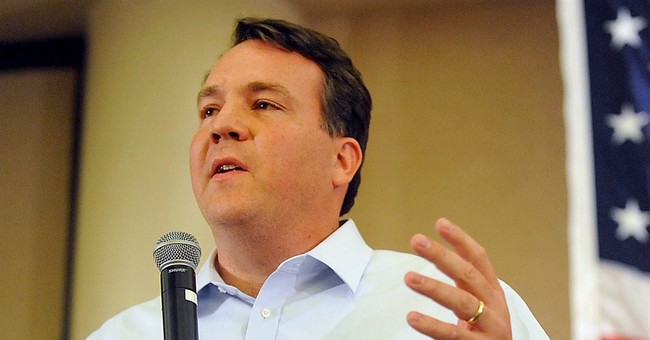 Incumbent Representative Alex Mooney has won the Republican primary race for West Virginia's Second Congressional District with more than fifty percent of the vote just after 9:00 pm ET with 90+ percent of precincts in.

The GOP primary for the district covering the northern portion of West Virginia pitted five Republicans against each other, including two incumbent members of Congress after reapportionment saw the Mountain State lose a congressional seat.

Rep. Alex Mooney was endorsed by former President Donald Trump — who carried every West Virginia county in 2016 and 2020 — in the race. That makes Mooney's win another win for Trump whose endorsements have proved influential in 2022's primaries so far.

"Representative Alex Mooney has done an outstanding job as Congressman in West Virginia," Trump said in his November 2021 endorsement. "In fact, he recently opposed the horrendous Biden Administration’s ‘Non-Infrastructure’ plan, and he opposed the January 6th Committee, also known as the Unselect Committee of partisan hacks and degenerates," Trump added.

Meanwhile, West Virginia's Republican Governor Jim Justice — who is a supporter of President Trump — endorsed the other incumbent, Representative David McKinley. Trump and Mooney castigated McKinley as a "RINO" for his votes in support of President Biden's infrastructure bill and the creation of a commission to investigate the events of January 6th, though McKinley voted against the separate select committee launched by House Speaker Nancy Pelosi after the U.S. Senate blocked the creation of a commission. And while Rep. McKinley maintained that "voting to pass the infrastructure bill was the right thing to do for our state," West Virginia Republicans apparently disagreed.

County-by-county vote totals are below and will update as remaining votes are tallied: