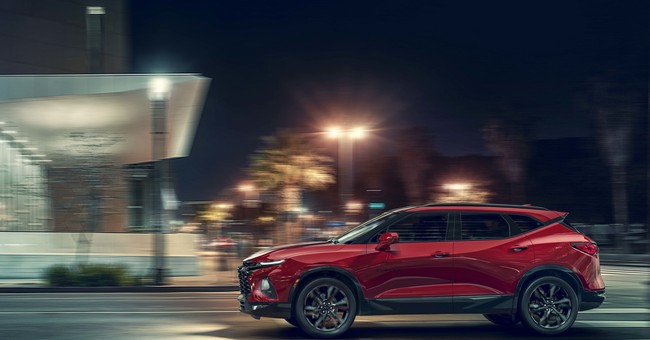 Climate alarmists are not known for their subtlety nor their logic in performative demonstrations aimed at saving the planet from what they say is imminent destruction in the near but ever-lengthening future. A new campaign launched by the folks who go by the name "Adbusters" targets SUV drivers as part of their goal of reaching zero emissions.

Time to do something about SUVs.

They're the 2nd-largest contributor to the increase in global CO2 emissions since 2010, more than aviation.

This is a gentle escalation of methods to drive the urgency of this climate crisis home and engender a systemic aversion to SUVs. pic.twitter.com/aoxLfZpjUt

Calling it "a gentle escalation of methods," Adbusters issued the call this month to deflate SUV tires in order to save the planet, or something. They even created a handy leaflet to explain to SUV drivers why their car was illegally immobilized by some lunatic activists. "It isn't personal," the leaflet reads before launching into its preachy claims about how "SUVs are disproportionately fueling the climate crisis" before telling the unlucky driver to "walk, bike, take public transit if you have to" because "it's time to end our reliance on these gas-guzzling behemoths."

Here's a leaflet you can put on SUV windshields when you deflate their tires to convey the message. pic.twitter.com/gn6sO9KYoG

Never mind, apparently, the fact that cars with low tire pressure are less efficient or that the immobilized vehicles are likely to cause their drivers' to call a tow truck (which is almost certain to emit more CO2) or roadside assistance (and its wasteful CO2 emissions) to drive to and fix the disabled SUV.

Adbusters was also careful to note that climate activists should not target working people (despite the fact that their SUVs will also have to go if the goal of zero emissions is to be pursued) but instead "wealthy neighborhoods" should be targeted. Those who are disabled and whose SUVs show a handicapped plate or hangtag are also to be spared.

Adbusters claims that the stick-gravel-in-SUV-tire-stems strategy worked in places like Sweden and the United Kingdom, hence why they're trying to "tackle the behemoth of car culture in the US" with a similar campaign.

We are The Tyre Extinguishers.

We are people from all walks of life with one aim: To make it impossible to own a huge polluting 4x4 in the world’s urban areas. We are defending ourselves against climate change, air pollution and unsafe drivers.

We do this with a simple tactic: Deflating the tyres of these massive, unnecessary vehicles, causing inconvenience for their owners.

Deflating tyres repeatedly and encouraging others to do the same will turn the minor inconvenience of a flat tyre into a giant obstacle for driving massive killer vehicles around our streets.

We’re taking this action because governments and politicians have failed to protect us from these huge vehicles. Everyone hates them, apart from the people who drive them.

We want to live in towns and cities with clean air and safe streets. Politely asking and protesting for these things has failed. It’s time for action. Join us.

We have no leader - anyone can take part, wherever you are, using the simple instructions on this website.

Additional tips from the Tyre Extinguishers include doing vandalism practice on a bicycle tire first, "work under the cover of darkness," and to bring friends but "split into pairs to avoid conspicuously large groups."

The page also declares that "hybrids and electric cars are fair game" because they believe "we cannot electrify our way out of the climate crisis."