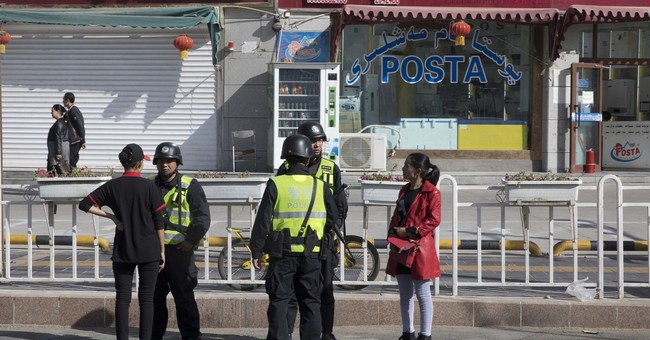 It's a rare occurrence on Capitol Hill, but Thursday saw bipartisanship prevail for the second time in one week as the United States Senate unanimously passed the Uyghur Forced Labor Prevention Act following its unanimous passage by the House of Representatives on Tuesday. The bill now heads to the president's desk for Biden's signature, something the White House pledged would happen after initially refusing to take a side on the legislation, though accusations arose that the White House was trying to slow the bill's progress.

The bill set to soon become law will ensure that goods made with forced labor in China aren't allowed to enter American markets, "including by stopping the importation of any goods... mined, produced, or manufactured wholly or in part in the Xinjiang Uyghur Autonomous Region." Any company that has activity in that region must prove that slave labor was not used to produce any goods intended for the U.S. market.

Speaking ahead of the vote on the Senate floor Thursday, Senator Marco Rubio (R-FL) noted that "we've come down to the floor multiple times over the last few weeks trying to push for the passage of our bipartisan Uyghur Forced Labor Protection Act," alluding to delays that continued until Wednesday night when Senator Ron Wyden (D-OR) temporarily blocked the vote while grandstanding in an attempt to get votes on some Biden nominees and extending the child tax credit. Certainly Wyden's opposition had nothing to do with the tens of thousands of dollars his campaign received from Nike executives this fall...the same Nike that lobbied against the anti-slavery legislation and reportedly uses Uyghur labor in its supply chain.

He is bought and controlled by @Nike, who is headquartered in his home state and profits off of the slave work this bill would prohibit! Shameful! pic.twitter.com/uAgXkOLtvb

On Thursday, though, the vote finally happened and the measure prevailed. "Many companies have already taken steps to clean up their supply chains," noted Senator Rubio. "They should have no concerns about this law. For those who have not done that," he warned, they will "no longer be able to continue to make Americans — every one of us, frankly — unwitting accomplices in the atrocities, in the genocide that’s being committed by the Chinese Communist Party.”

As Politico's Andrew Desiderio noted, the passage of the bill has "huge policy/supply-chain ramifications" and the White House was forced "to swallow it" despite the Biden administration's attempts to "water it down." Desiderio's claim that the bill faced "zero opposition" in Congress, however, leaves out the fact that Democrats in the House leadership dragged their feet a bit and Senator Wyden (along with other Dem Senators) delayed its passage in the upper chamber.

In other words, this was a policy driven & executed by Congress, even as the White House was trying to water it down (per @joshrogin reporting).

It cleared both chambers w/ zero opposition & the administration is required to implement it within 180 days.https://t.co/AJOdLto15m

And while President Biden had pledged to sign the Uyghur Forced Labor Prevention Act into law, Congress may need to exercise oversight to ensure that the full force of the legislation is implemented and no special favors or exemptions are allowed.

In addition to Nike, Apple and Coca-Cola along with the U.S. Chamber of Commerce also lobbied against the bill as it made its way through Congress. Apparently those opposed to restricting goods made with slave labor fear that "the act’s ambitious requirements could wreak havoc on supply chains that are deeply embedded in China." Good.