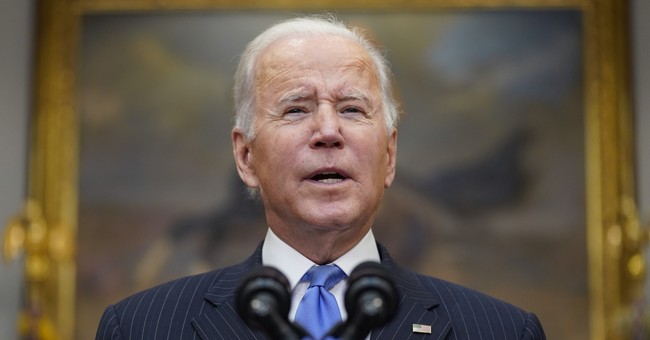 President Biden is heading to a technical college in Rosemount, Minnesota on Tuesday to brag about his infrastructure package that, after months of Democrats-in-disarray infighting, finally passed the House and Senate and was signed into law.

While the president is likely to talk about the bridges, airports, and "human infrastructure" that he uses to justify the increased spending on a range of woke issues, there's one result of the Biden administration that's already being felt by Minnesota's residents: inflation.

The report references state economic data that shows Minnesotans' wages are up 6.3 percent over last year, gains that sound good, but when compared with inflation are anything but a recipe for success. While inflation has driven prices up some 6.2 percent nationwide, it has hit the Midwest harder than other regions, driving consumer prices up 7.3 percent according to reporting from The Wall Street Journal. Taken on the whole, then, Minnesotans are down by one percent over the previous October, and that's something Minnesota Republicans are emphasizing ahead of the president's visit.

Inflation is taxation, and it has gone up every month that Joe Biden has been President.

No matter how Biden tries to explain this during his trip to Minnesota today, remember that his out-of-control spending and failed policies are the root cause of the inflation crisis.

Minnesota's surging inflation is hitting consumers across the board. Like other northern states heading into the winter, energy costs are the "significant driver" behind the state's inflation. AAA data as of Tuesday shows that the average price for a gallon of regular unleaded gas is $3.157, up from $1.948 one year ago. Natural gas prices are up 28 percent this year. Meanwhile utilities like Minnesota Power are pursuing a 17.5 percent increase in its rates, averaging an extra $15 per residential customer per month and adding $55 to small business' monthly energy costs according to The Star Tribune. Their desire to charge customers more is due to costs from inflation, along with their transition to "clean" energy, another piece of Biden's agenda taking a toll on Americans' wallets.

Minnesotans are facing increasingly expensive trips to the grocery store, too, with aid organizations telling FOX9 that "food shelves in the state were on pace for 3.8 million visits this year, rivaling the pandemic-fueled recession year of 2020."

The result of inflation and other Biden shortcomings mean the president will touch down in a blue state that's not overwhelmingly supportive of his administration. In fact, a recent poll from The Star Tribune showed that a slim majority of Minnesota's voters disapprove of the job he's done so far.

Biden heads to Minnesota—state he won by 7 pts, but where Sept @StarTribune poll showed 51% of MN voters disapproved of job he’s doing—to talk infrastructure. Among those traveling with him: @SenAmyKlobuchar @SenTinaSmith @BettyMcCollum04 plus Minneapolis native @JakeSullivan46. pic.twitter.com/rIvcH9HcBd