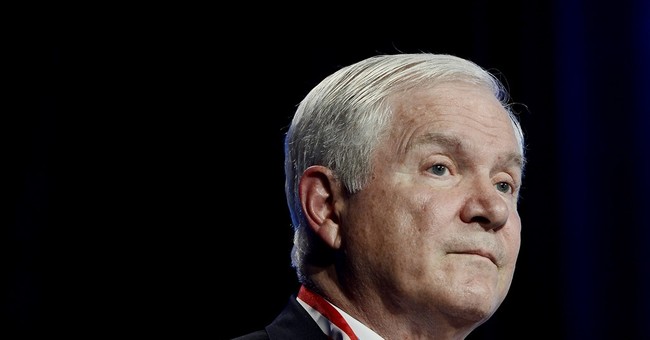 In a new interview with CNN's Anderson Cooper set to air on Sunday's episode of "60 Minutes," former Secretary of Defense Robert Gates — who served under Presidents George W. Bush and Barack Obama from 2006 to 2011 — didn't hold back in criticizing President Biden's disastrous withdrawal from Afghanistan.

"It was really tough for a few days there, I actually wasn't feeling very well, and I realized it was because of what was happening in Kabul," Gates recalled of watching Biden's humiliating withdrawal that turned deadly. "I was just so low about the way it had ended, if you will, and I guess the other feeling that I had was that it probably did not need to have turned out that way," he added.

As always, CNN's Anderson Cooper tried to do damage control for the Biden administration in the interview, claiming the president had said "any withdrawal is messy." Cooper, of course, conveniently omitted the repeated statements from Biden — leading up to and during the U.S. withdrawal from Afghanistan — that it wouldn't be a Saigon-like situation and that Afghanistan's fall to the Taliban was anything but inevitable.

"If you start with the notion that we're pulling out entirely, I think you'd have to be pretty naïve not to assume things were going to go downhill once that withdrawal was complete," Gates said, contradicting President Biden and his administration's Pentagon and State Department leadership who promised the opposite.

Gates: "If you start with the notion that we're pulling out entirely, you’d have to be pretty naïve not to assume things were going to go downhill once that withdrawal was complete"

"Certainly the military considers withdrawal the most dangerous part of an operation, but they really had a lot of time to plan. Beginning with the deal that President Trump cut with the Taliban... in February of 2020."

Cooper again attempted to amplify the White House's narrative that any issues with Biden's withdrawal from Afghanistan were the fault of his predecessor. Still, Gates was clear that Biden shoulders responsibility for not acting quickly enough to handle the devolving situation.

"Once President Biden reaffirmed that there was going to be a firm deadline date, that's the point at which I think they should have begun bringing those people out," Gates said of American citizens and U.S. allies who ended up being left behind in Afghanistan by Biden's airlift.

Gates' comments are somewhat unsurprising given his past criticism of Biden as having "been wrong on nearly every major foreign policy and national security issue over the past four decades," but the fact that Anderson Cooper and "60 Minutes" would give a platform for public criticism of Biden is somewhat notable. Perhaps the mainstream media's honeymoon phase with President Biden is finally wearing thin.