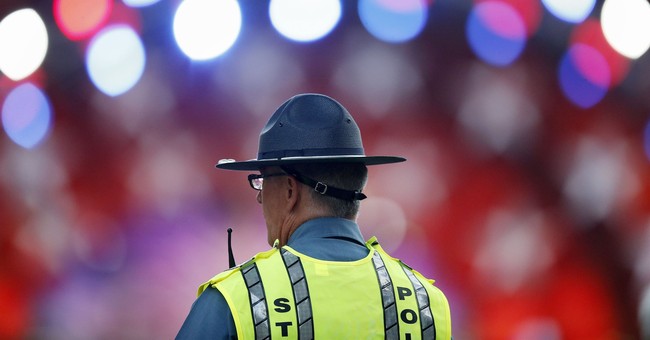 Dozens of Massachusetts Highway Patrol troopers tendered their resignation in the face of a looming Wuhan coronavirus vaccine mandate that takes effect in early October as state and city leaders around the country face staffing shortages in critical fields as a result of mandates that do not allow a testing or masking protocol exception for those who choose not to get a vaccine.

In a statement, the State Police Association of Massachusetts (SPAM) explained the development:

Throughout COVID, we have been on the front lines protecting the citizens of Massachusetts and beyond. Simply put, all we are asking for are the same basic accommodations that countless other departments have provided to their first responders, and to treat a COVID related illness as a line of duty injury.

To date, dozens of troopers have already submitted their resignation paperwork, some of whom plan to return to other departments offering reasonable alternatives such as mask wearing and regular testing.  The State Police are already critically short staffed and acknowledged this by the unprecedented moves which took troopers from specialty units that investigate homicides, terrorism, computer crimes, arsons, gangs, narcotics, and human trafficking, and returned them to uniformed patrol.

The dozens of troopers who have already submitted their resignations sought relief in state court in September, arguing "that the state needed to bargain with workers before implementing the mandate" and "asked the judge for an injunction to pause the mandate." At the time of its legal challenge, an attorney for troopers reported that "roughly 20-percent of State Police employees remain unvaccinated." Those who sought to avoid the vaccine were looking to secure an accomodation for those "who’ve previously had COVID-19 or who choose not to get the vaccine for either medical, religious, or personal reasons to be able to take a weekly test and wear a mask on the job."

Just last week, the judge presiding over SPAM's lawsuit shot down their claims and ruled Governor Baker's mandate would take effect for state employees as planned. The result is now seen in the dozens of troopers who've resigned, and with rough math yielding more than 350 SPAM-represented troopers being unvaccinated the number of resignations could grow more in the weeks before the mandate takes effect.

SPAM's statement in response said "we are disappointed in the judge’s ruling; however, we respect her decision," adding "It is unfortunate that the Governor and his team have chosen to mandate one of the most stringent vaccine mandates in the country with no reasonable alternatives."

Back in August, Governor Charlie Baker (R) announced that all state employees would have to be fully vaccinated by October 17:

All Executive Department employees will be required to provide proof that they have received either the required two doses of the Moderna or Pfizer or the single dose of the Johnson & Johnson vaccine by October 17. In the coming weeks, employees will receive information about the process by which they may provide this verification to the Commonwealth. This process will be made available well in advance of October 17. All documentation related to an employee’s COVID-19 vaccinations will be maintained confidentially. The policy applies to both employees working in-person and those who are teleworking.

In response to the resignations, South Dakota Republican Governor Kristi Noem tweeted that "We value freedom, personal responsibility and law and order here in South Dakota," adding "I would like to personally invite each of you to come and join our law enforcement community here."

We value freedom, personal responsibility and law and order here in South Dakota. I would like to personally invite each of you to come and join our law enforcement community here. https://t.co/iQyD3TDTk4