The Fencing Around the U.S. Capitol Building Is Returning 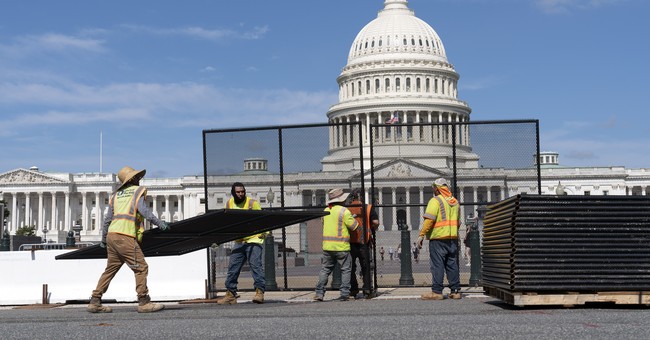 US Capitol Police Chief Tom Manger tells reporters that fencing will start going back up around the Capitol a “day or two” before the Sept. 18 rally, and if “everything goes well,” it will come down “soon” after.

According to USCP Chief Manger, the fencing will be put up ahead of the rally with the hope it will be taken down shortly after the "Justice for J6" rally.

Chief Manger tells me the fencing will go up within the next day or two and he hopes it will come down immediately after.

When asked if Capitol Police is prepared — he said “we are doing all we can.”

The House Sergeant at Arms clarified that the fencing will go up on Friday.

!!! Fencing around the Capitol goes back up FRIDAY https://t.co/iE6LdwmGWC

USCP Chief Tom Manger arrives for a briefing with Congressional leadership ahead of the September 18 “Justice for J6 Rally.” Pelosi, McCarthy, Schumer and McConnell are all attending. pic.twitter.com/sxurxPsO7V

When asked about when exactly the fencing would come down, Speaker Pelosi said that decision remains "up to the police board."

I asked Pelosi how long the fencing around the Capitol will be up for. She said it was “up to the police board.”