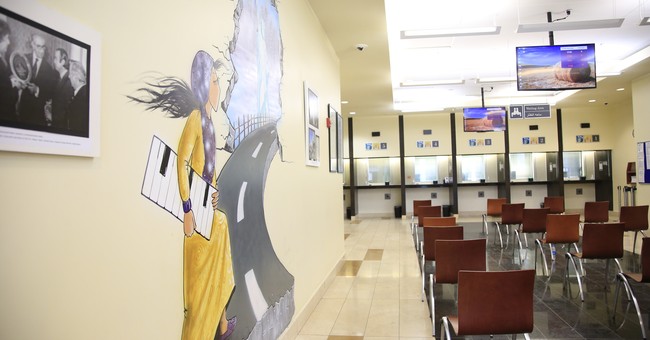 Evoking scenes from the movie Argo, staff at the U.S. embassy in Kabul, Afghanistan, have reportedly been directed to begin the process of destroying computers and sensitive documents in preparation to evacuate the outpost.

The memo was written for staff at the embassy and shared with NPR on condition of anonymity.

The embassy staffers were instructed to destroy sensitive documents and desktop computers before they leave, according to the document.

The memo comes after the Taliban's offensive toppled at least half of Afghanistan's provincial capitals in recent days and now stands just 30 miles outside Afghanistan's capital city.

First 3,000 U.S. troops en route to Kabul. Taliban now 30 miles from Afghan capital and could seize it as soon as tomorrow...or next month. U.S. military planning for full evacuation and closure of U.S. embassy, if necessary: U.S. officials

The memo and the actions of staff at the Kabul embassy are a direct contradiction of what State Department spokesman Ned Price told reporters Thursday.

The situation at the US Embassy in #Kabul is more dire than what the State Department is saying. Mail has stopped. Nearly all employees are packing up and a very small number will head to another location. Staff are gearing up to destroy sensitive papers, computers, phones.

The "overall status has not changed" at the embassy in Kabul, Price said, adding that what definitely appears to be an evacuation "is not an evacuation."