'No Explanation': Press Kept Out of Biden Meeting with Turkey's Erdogan 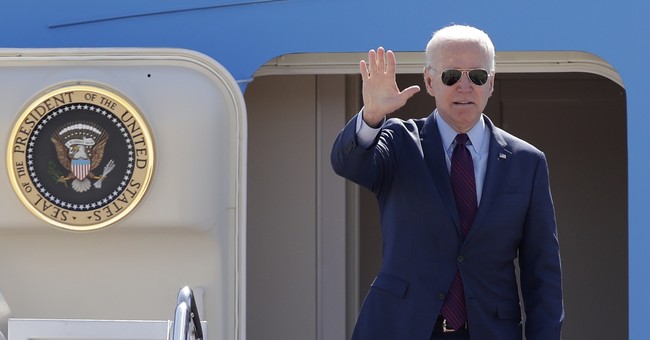 Members of the media covering President Biden's first foreign trip in Europe found themselves shut out of today's bilateral meeting with Turkey's Erdogan for more than one hour, calling into question the Biden administration's dedication to transparency.

"1.5 hours and counting outside the room where President Biden is meeting with Turkish leader Erdogan," tweeted the Washington Post's Anne Gearan. "We were supposed to go in for a picture and remarks at the start," she added while noting that "Turkish official media was allowed in" and they were given "no explanation" for the American media's exclusion. The Turkish Presidency Twitter account posted photos of Biden and Erdogan while U.S. reporters were stuck waiting outside the meeting room.

1.5 hours and counting outside the room where President Biden is meeting with Turkish leader Erdogan. We were supposed to go in for a picture and remarks at the start. Turkish official media was allowed in. We have not been. No explanation. #freepress pic.twitter.com/pXKojjXDMO

meanwhile, Erdogan’s team has already tweeted out some very chummy-looking photos from the meeting https://t.co/9tkErjJfMF

The U.S. press pool has been holding for more than hour outside this meeting with limited access yet again today at @POTUS — after significant access issues over the weekend at the G-7. Meanwhile, the Turkish president quickly posted photos from their ongoing meeting: https://t.co/b5xCGYH4gw

Ed O'Keefe, a senior correspondent for CBS News, noted that the lack of access at NATO followed "significant access issues over the weekend at the G-7" summit, an adventure during which President Biden reportedly had a tough time keeping up with his fellow world leaders.

When American media finally gained access to the room where the bilateral meeting took place, Biden didn't have much to say about what he'd discussed with Erdogan, according to Bloomberg's Josh Wingrove.

After press held outside the Biden-Erdogan meeting for over 90 minutes, we went in.

Biden said it was a "very good meeting" and declined to speak beyond that.

We thought he may have, and @JonLemire said we couldn't hear. "I didn't say anything," Biden said.

It seems that the Biden administration's lack of effort to secure access for American media—a group that routinely shows Biden a great deal of deference—has worn out its welcome with reporters.

Biden is abroad doing a big push on democracy v autocracy. BUT the U.S. press — a key part of any functioning democracy — has gotten less access than under previous administrations. And is now forced to resort to updates on from...the Turkish government Twitter account. https://t.co/Xa2jkUNnhI

After the American press was excluded from Biden's meeting with Erdogan, Biden is now over an hour and a half late to his own press conference....

Perhaps it's that White House reporters miss the access granted by the previous administration, one with press staff who would literally shove North Koreans out of the way to ensure American media could have access to President Trump's meetings with world leaders.

I can’t wait to see all the media reporters praise WH Press Sec Stephanie Grisham for fighting for press access in North Korea.

She physically pushed North Korean security out of the way so American TV cameras would have access to the historic moments. pic.twitter.com/KsMBpd2d1e