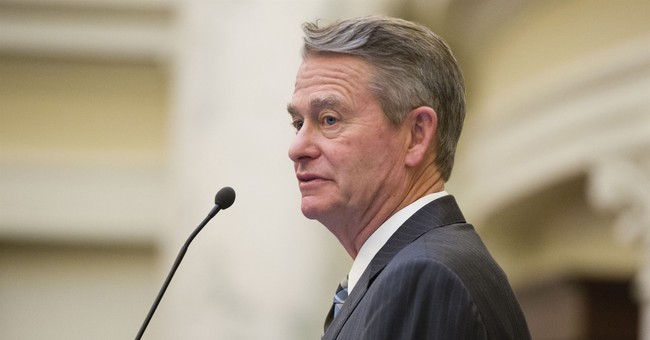 When Idaho Governor Brad Little (R) signed HB 377 into law this week, he made Idaho the first state in the country to ban its public educators from forcing the damaging ideology that underlies critical race theory on students.

The law's objective is simple and should be noncontroversial, but the current state of education in America that begs action to prevent discrimination and protect intellectual freedom means Idaho's anti-indoctrination measure is somewhat of a novel idea.

As the law explains, the principles of critical race theory "exacerbate and inflame divisions on the basis of sex, race, ethnicity, religion, color, national origin, or other criteria in ways contrary to the unity of the nation and the well-being of the state of Idaho and its citizens."

Simply put, those who advance critical race theory are attempting to institutionalize racism by teaching the next generation that certain individuals and their ideas are more valuable than others simply because of the color of their skin or the things they believe.

To prevent this in Idaho's public schools, Republican leaders have enacted a prohibition against students being forced to adopt the key tenets critical race theory's proponents use to inflict their damaging goals.

Critical race theory's nefarious aims undermine the foundation of American freedom and our long-running work to create a more perfect union. To follow the Left's direction and teach students their appearance—rather than their individual actions—determines their rights and value is to return to the very bigotry the Left claims to oppose.

Idaho's bill protects the critical American principle that all life is inherently valuable and created with the same inalienable rights as everyone else. It's a principle that we, as a country run by fallible people, have not always lived up to, but it's one we've always strived for. Certainly, schools should not follow the Left's attempts to institutionalize critical race theory. To do so would be to run in the opposite direction and undo the progress our country has made.