All The Craziest Liberal Coverage Of The Convention So Far 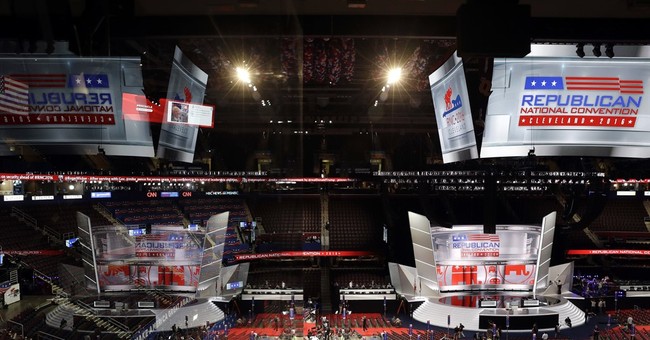 The scores of delegates and reporters set to attend the Republican National Convention are barely settled in their hotel rooms in Cleveland, but liberal media outlets are wasting no time bashing every aspect of the year’s biggest conservative event.

Here are the top four controversies the Left is stirring up in the early hours of the convention.

1. Nervous comparisons to the police’s use of force at the 1968 DNC

The New Yorker has published a piece that expresses concerns about the potential for violence at the convention this year, given the heightened tensions—but not violence from protesters, as one might expect.

The article’s author worries that police officers may use force to disperse protesters as they did at the 1968 Democratic National Convention, despite the fact Cleveland police have said they will use peaceful methods. Fearmongering even further, the article quotes an unknown journalist who said “the militarization of local police” and use of riot gear is “problematic.”

The New Yorker is speaking to an audience that is already angry at police; stoking fears that the police will respond in a disproportionately forceful manner will no doubt fuel even more hatred among protesters.

On Sunday Stephen Colbert dressed up as Hunger Games character Caesar Flickerman, who served as ‘Master of Ceremonies’ during the games, and crashed the RNC stage to pull a prank.

Wearing a blue wig and holding a stuffed ferret, Colbert stood at the podium and told the empty arena, “It is my honor to hereby launch and begin the 2016 Republican National Hungry for Power Games!” before being ushered off stage. He added, “I know I'm not supposed to be up here, but let's be honest, neither is Donald Trump.”

News outlets are calling the prank “hilarious” and a “sick Trump burn” as the video gains traction on social media.

An in-depth piece by Vox out this morning is a shining example of liberals’ widespread denial of basic facts. Titled “This is how Donald Trump protests became so violent,” the article documents examples of violence against anti-Trump protesters at past rallies.

It also puts 100 percent of the blame on Trump supporters for angering activists and glosses over the well-documented violence of the protesters.

4. The prospect of “inflammatory rhetoric”

Wallace did not bring up the inflammatory anti-police rhetoric that Black Lives Matter protesters have recently espoused.

Townhall will keep you updated all week on all the stories coming out of the 2016 convention.