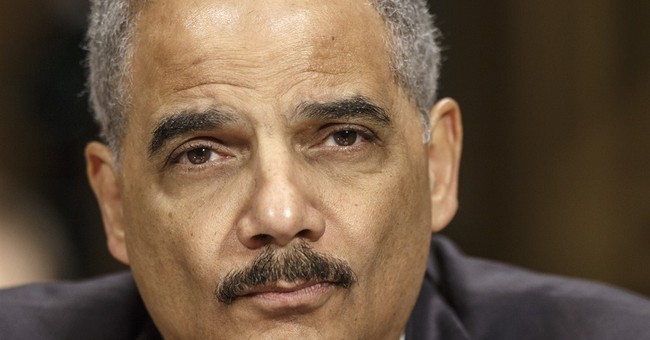 This means that, in every courthouse, in every proceeding, and in every place where a member of the Department of Justice stands on behalf of the United States — they will strive to ensure that same-sex marriages receive the same privileges, protections, and rights as opposite-sex marriages under federal law.

The Justice Department will distribute a policy memo with the new regulations Monday. The extended rights for same-sex couples include recognition when filing for joint bankruptcy, in domestic support obligations, in debts, in jail visitation rights, and the right to decline giving potentially incriminating testimony about a spouse in court.

Single-gender unions are at very high stakes in the current generation, Holder claimed:

The Justice Department's role in confronting discrimination must be as aggressive today as it was in Robert Kennedy's time.

The LGBT community could not ask for a more courageous Attorney General than Eric Holder. He has seized every opportunity to broaden the circle of freedom to include LGBT people and their families, and he continues to act with unprecedented speed to bring federal recognition to married gay and lesbian couples across the country. At every opportunity throughout his career, the Attorney General has shown unparalleled leadership worthy of the history books.

Same-sex unions are illegal in 33 states.