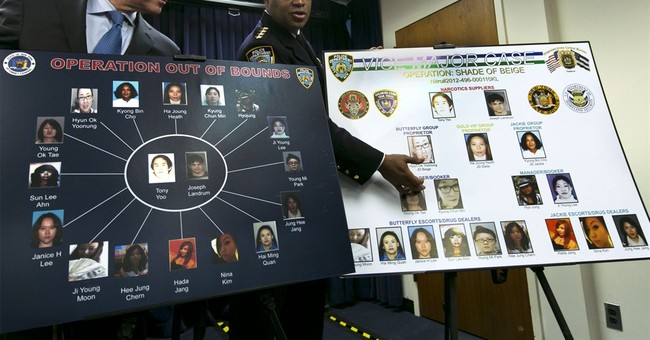 Exploiters roam the streets looking for prey. Last year while the two teams battled it out on the field a young trafficked girl prayed for her life while being sold for sex.

An estimated 400,000 sports fan will pour into New Jersey and New York for Super Bowl weekend. Bars will be bloated and spirits high. According to The Huffington Post:

The National Center for Missing and Exploited Children found that over 10,000 women and girls were trafficked to Miami's 2010 Super Bowl. During the 2009 Super Bowl, in Tampa, the Department of Children and Families identified 24 children trafficked into the city for sex. Internet classified ads featuring child victims of prostitution also rose sharply in February 2009 in advance of the game.

The sex trade centers around large events and does not stay in one place, explained Dottie Laster, who legally advocates against human trafficking through Laster Global Consulting. During the Super Bowl additional girls (and men as well) will be brought into the city.

“They have strip clubs with V.I.P. rooms where you can pay to go upstairs and have sex or whatever you want,” Laster said. Human trafficking, unlike prostitution, is forced labor. Traffickers often use deception and mental manipulation to capture their victims.

The girls may end up looking very willing, happy and eager like it's the only thing they want to do in the world, Laster said, but only because if they do not sell a good product to the client, they may get beaten, locked in a trunk or abused in some other capacity.

“One case out of Chicago a man used an iron, a clothes iron, and ironed the victim and then sent her out," she said. "They do horrible things. So when people see them smiling and happy they’re deluded.”

New Jersey and New York residents can aid sex trade victims by being aware and even by posting signs throughout the city with a number to call for help. The number for the national human trafficking resource center is 1-888-373-7888. Specialists are available at all times to respond to victims or suspected sex trade activities.

UPDATE: According to USA Today:

High school students, teens as young as 13 and other children reported missing by their families were among 16 juveniles rescued from forced prostitution during Super Bowl festivities in and around New Jersey, the FBI said Tuesday.

Authorities arrested more than 45 pimps and their helpers, some of whom said they traveled to the New York region to traffic the women and juveniles at the NFL championship at MetLife Stadium in East Rutherford, N.J.

The teens, ages 13 to 17, were found in New York, New Jersey, Connecticut and Pennsylvania. More than 50 women coerced into sex for money were also saved, the agency said. Some of the victims had been involved in international sex trafficking.

Six children were rescued in both New Jersey and New York, and four others in Pennsylvania and Connecticut, the FBI said.