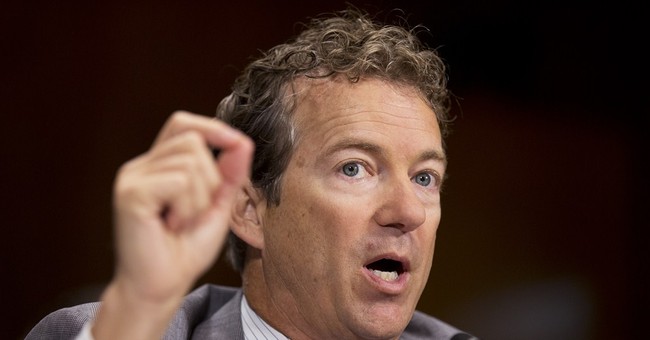 Senator Rand Paul (R-Ky.) wrote to President Hassan Rouhani urging him to release an American pastor who was recently transferred from one of Iran's most infamous prisons.

Iran charged Pastor Saeed Abedini for "acting against national security." He was sentenced to eight years in jail and placed in Evin Prison. This is the same prison where an Iranian-Canadian photojournalist died after being “savagely beaten, tortured and raped while in Iranian custody in 2003.” The authorities had claimed she passed away from a stroke. Abedini was moved to Rajaei Shahr prison in November, where a large number of political prisoners are held.

I am writing to you today to urge you to commute the sentence of Pastor Saeed Abedini and release him from prison. I have recently met with his wife, Naghmeh, and she is very concerned for her husband's well-being. His health is deteriorating and he is apparently under constant threat of harm from both prison personnel and other inmates at Rajaei Shahr prison.

I wish to remain cautiously optimistic regarding the recent diplomatic progress between our two nations. However, I must point out that if something were to happen to Pastor Abedini while he is incarcerated, any good will forged over the past few months would likely evaporate. Conversely, granting clemency to Pastor Abedini and allowing him to return to the United States would do much to create a positive atmosphere that would reflect well on future discussions.

Cooperation and trust are built one gesture at a time and actions speak louder than words.

The letter displayed Paul's continued efforts to help persecuted Christians. At the Values Voter Summit last year he claimed the "War against Christianity" is rarely acknowledged by the media or the White House. The Middle East is no longer a place of tolerance, sophistication and innovation as it was in the Middle Ages, he noted:

Christians are being attacked around the world, but you won’t hear much about it on the evening news because the answer’s not convenient. It doesn’t fit the narrative we have been told about radical Islam. The president tries to gloss over who’s attacking and killing Christians. The media describes the killings as sectarian. But the truth is, a worldwide war on Christians is being waged by a fanatical element of Islam.