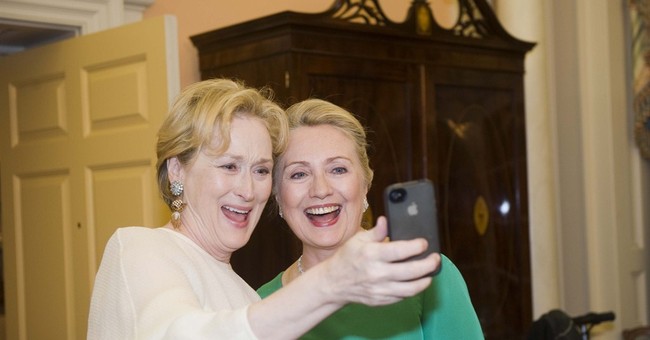 By the year 2024 Americans postulate a woman will have been president of the United States. Nearly 80 percent find the idea at least “somewhat likely,” up 20 percent from 2008, according to a Rasmussen Report released Wednesday:

Just 18% consider it unlikely a woman will be elected president in the next decade. This includes 37% who say it’s Very Likely and only four percent (4%) who think it’s Not At All Likely.

Iceland, Argentina, Ireland, Finland, Chile, Brazil and even India have had women presidents. So why not the United States? A Pew Research Center Social and Demographic Trends survey revealed:

In fact, many leadership traits were actually considered to be greater among females:

Rasmussen suggested America may be ready for Hillary Clinton in 2016. I hope this is not the case. However, it does show Americans are ready for innovation. Or, as the first black president successfully campaigned, they are ready for “change.”

Women, such as the first female Prime Minister of the United Kingdom Margaret Thatcher, have proved they can be sharp, politically savvy and unwavering leaders. Perhaps the GOP should consider potential female candidates to run against Clinton should she decide to run in 2016.